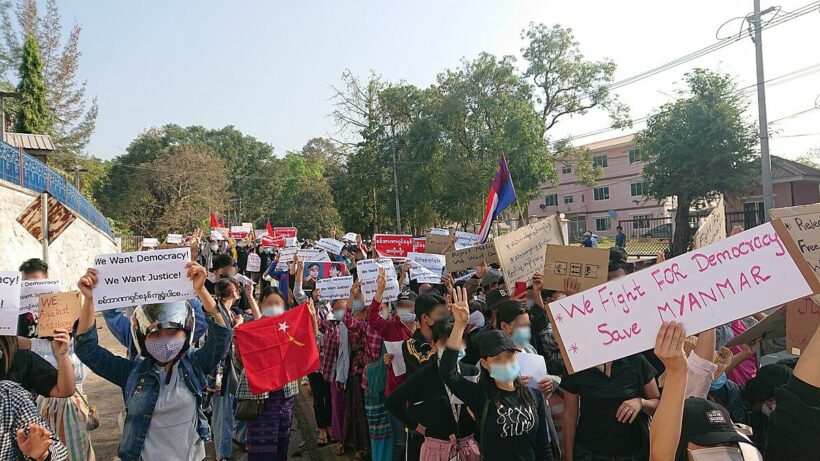 After increasing violence in Myanmar, Britain is now advising its citizens to get out of the country virtually at the same time an UN expert is saying that the military is likely committing “crimes against humanity.”

Military authorities are allegedly resorting to murdering protesters, even targetting rescue workers in the process. UN expert, Thomas Andrews, says at least 70 people have been killed since the protests started after the military regime took over the nation in a coup, claiming that last November’s democratic elections were fraudulent.

Britain, the country’s former colonial ruler, is warning that “political tension and unrest are widespread since the military takeover and levels of violence are rising.”

The British foreign ministry says that the Foreign, Commonwealth & Development Office advises British nationals to leave the country by commercial means, unless there is an urgent need to stay. Andrews gave a damning assessment of the situation in Myanmar to the UN Human Rights Council in Geneva.

The country is “controlled by a murderous, illegal regime” that was likely committing “crimes against humanity.”

He went on to say that the crimes likely include “acts of murder, enforced disappearance, persecution, torture” carried out with “the knowledge of senior leadership.”

He says that there is clear evidence that the junta’s crimes were “widespread” and part of a “coordinated campaign” but stresses that only the court of law can determine such offences. His statements echo the UN as they recently condemned the Myanmar military, which has allegedly arrested over 2,000 people in connection to the anti-coup protests.

Thursday saw at least 9 protesters killed in different parts of the country, some even being shot in the head, with 1 rescue worker stating that he couldn’t even pick up a 30 year old’s deceased body over fears of being hurt.

Even more disturbing is the number of organisations that are zoning in on the revelations being made by the UN. An Amnesty International report has accused the military of using “battlefield weapons” on unarmed protesters and carrying out premeditated murders. The group says the use of firearms, which include sniper guns and semi-automatic rifles, against the protesters “completely inappropriate for use in policing protests.”

The military has defended its takeover by alleging that last year’s democratic elections were fraudulent, but didn’t give any evidence. The coup on February 1 saw nobel peace laureate Aung San Suu Kyi, detained and facing criminal charges of owning unlicensed walkie-talkies and violating coronavirus restrictions by staging a campaign event in 2020. Other members of her National League for Democracy group, which won the elections in a landslide, have been detained as well.

Now, the junta spokesman Zaw Min Tun, is accusing Suu Kyi of corruption by saying that she accepted US $600,000 illegally along with more than 11 kilogrammes of gold from the detained Chief Minister of Rangoon.

Uh oh: Netflix may stop allowing the sharing of passwords