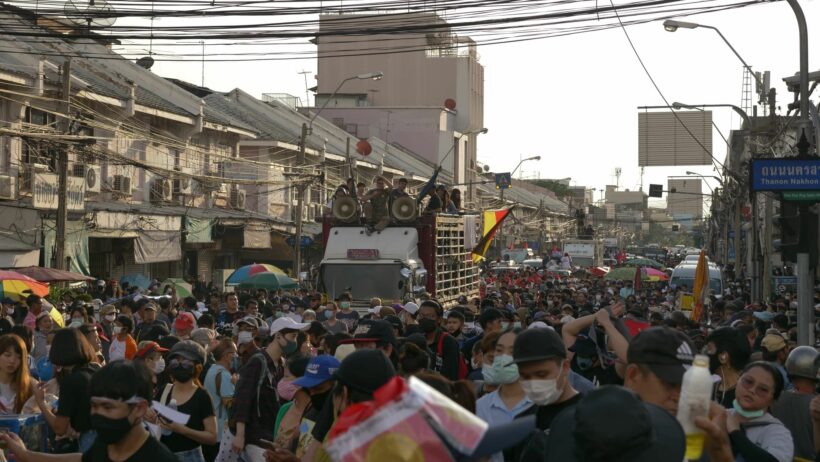 The State of Emergency imposed in Bangkok at 4am this morning, banning public gatherings and leading to the arrests of at least 20 people, is a “vague, drastic order that will lead to more people unfairly arrested, detained and prosecuted,” according to an official from the human rights group Amnesty International.

The emergency decree broke up a pro-democracy demonstration intended to go on for days outside the Government House in Bangkok. Activists started yesterday morning at the Democracy Monument, but the protest route happened to be the same route as the HM the King’s motorcade, causing complications and a clash between the pro-democracy protesters and the royal supporters.

Under the order, people are also prohibited from sharing information that “could create fear.” Amnesty International’s deputy regional director for campaigns, Ming Yu Hah, calls it a “vague” and “drastic,” leading to what he calls “unjustified” arrests.

“The scale of today’s early morning arrests seems unjustified based on yesterday’s events. The assemblies were overwhelmingly peaceful. These moves are clearly designed to stamp out dissent, and sow fear in anyone who sympathises with the protesters’ views.”

Despite the emergency decree and the recent arrests, activists made plans to gather today at Bangkok’s Rathchaprasong intersection. Ming urges Thai authorities to engage in constructive dialogue with the protesters.

“Instead of ruling by decree and mass arrests, the Thai authorities must reverse course.”