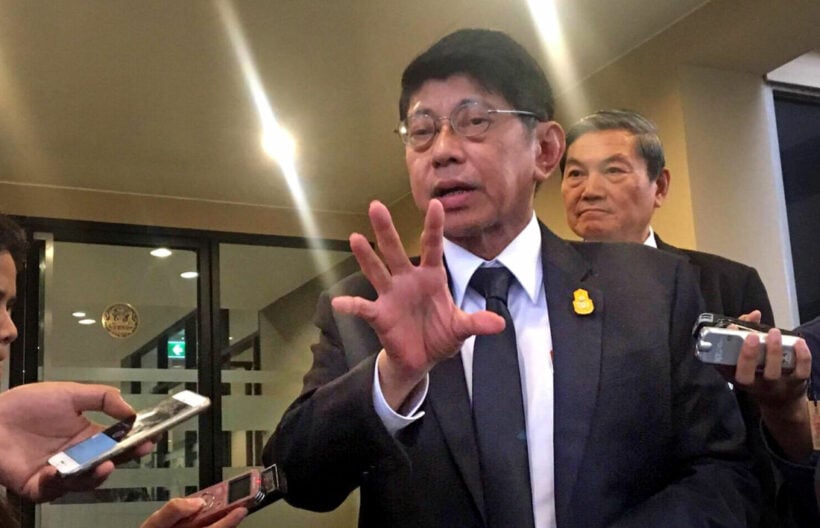 Deputy PM Wissanu Krea-ngarm admits that the Office of the Secretary-General of the Cabinet had not vetted the educational background of Captain Thammanat Prompao, before he was appointed deputy agriculture minister, because the vetting process might have delayed the appointment of the cabinet.

But he says the embattled deputy agriculture minister might be replaced “if there is an ethics problem”.

Earlier last week, Wissanu said that Thammanat had graduated from the Chulachomklao Royal Military Academy with a diploma equivalent to a Bachelor’s degree.

Thammanat, who is known to be the government’s ‘fixer’, responsible for ensuring that the smaller parties in the coalition government tow the line, has been embroiled in a scandal over his criminal past in connection with heroin trafficking in Australia in 1993, and over his questionable educational background.

The deputy PM says the legal requirements for an electoral candidate are different from those of a cabinet minister. To qualify to be appointed a minister, he or she must have a Bachelor’s degree (BA) and be at least 35 years old, while a candidate does not need a BA and only needs to be 25 years old.

He said that it does not matter whether a cabinet member has a Master’s degree or a PhD “but if he or she lied about obtaining an MA or a PhD and produced fake degrees, then it is an ethics issue which must be investigated.”

Regarding Thammanat being fired from military service, his lawyers have cited a law that exonerated him from all wrongdoings. Asked about this issue, Wissanu said he was not aware of this issue and referred the matter to the Election Commission.