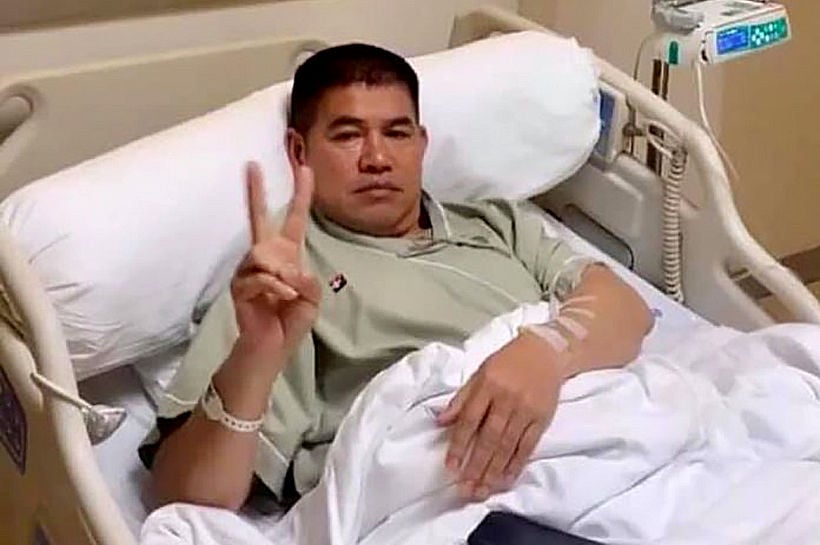 He’s even provided a photo of himself in bed as proof of his need for a day off. After weathering a week of questions about his dodgy degrees and heroin-trafficking days back in Sydney in the 90s, he’s now succumbed to a mystery virus.

But Thammanat is a real trooper and has managed a ‘V’ for victory sign for us all to assure us that he’s going to be OK.

The Minister skipped today’s Cabinet meeting and told his fellow minister’s he’s recuperating in the Bangkok Hospital. He says he has a high fever. His aides made sure the photo was available for the media.

Thammanat remains embroiled in allegations that he spent four years in an Australian jail for heroin trafficking. The allegations came to light after the Sydney Morning Herald published excerpts from Australian court documents which documented his adventures downunder in the early 1990s.

He’s also been asked about his four name changes and dodgy degree documentation from institutions that don’t appear to exist.

Thammanat continues to deny all allegations and threatened to sue anyone who continues to ask him questions over the matters.

The Thaiger wishes him a speedy recovery so he can return to his important work.