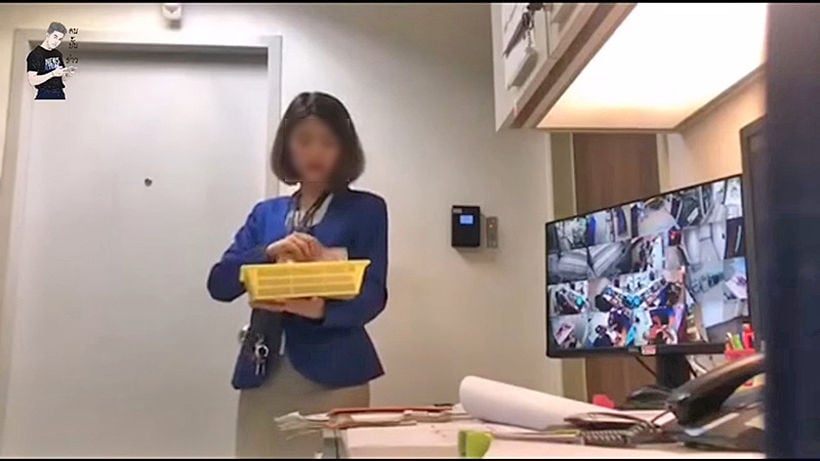 A video has been shared showing a female bank employee walking behind the bank’s reception and, allegedly, emptying the contents of a yellow basket into her pocket. She was carrying yellow basket and looked into the basket before quickly grabbing the cash and stuffing it into her suit pocket before going into another room through the white door.

The whole incident was over in seconds. Turns out that her fellow employees, including the manager, has suspected her backroom shenanigans for a while, but were unable to do anything as she was never caught in action. Over the past year the employee had purchased a new house and a car.

But on September 9 another employee mounted a hidden camera in the room that had no CCTV and captured the moment when she stuck the cash into her pocket.

Her victims were customers coming to deposit their money with the bank. She was actually going into the area behind reception to count the cash as the depositors said they weren’t sure about the amounts.

The PR division of the bank issued a media release that they’d fired the former employee the day after the incident was captured on the hidden camera. Police action on the case is pending and some suspicions have also fallen on the manager of the branch. 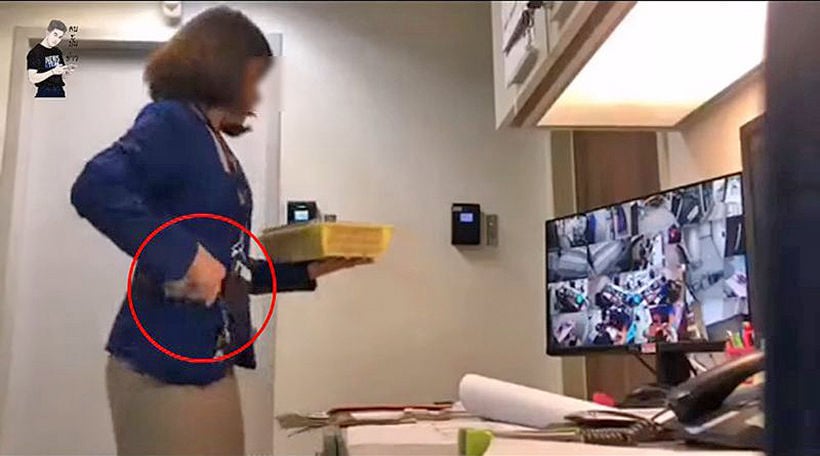