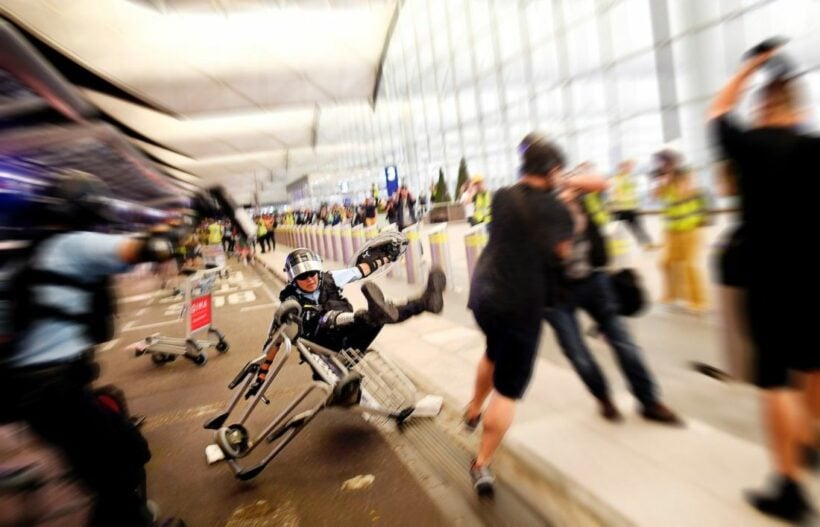 Flights are now departing Hong Kong airport mostly on schedule this morning after two days of pro-democracy protester chaos and a disruptive sit-in that paralysed the movement of passengers and aircraft.

Protesters blocked travellers from getting to their flights yesterday afternoon, before battling with riot police outside the terminals. The airport is being cleaned up and graffiti has been covered up with white sheets of paper.

Hundreds of flights were cancelled yesterday after demonstrators blockaded the two main terminals for the second consecutive day. The airport has been targeted in the latest escalation of a 10 week political crisis that has disrupted the international finance hub.

Most of the protesters have now left the building and flights have begun catching up with their schedules. It is unclear whether the airport will be targeted again today.

Read a timeline of the latest developments at the Hong Kong Airport HERE.

You can check departures and arrivals at the airport HERE.

BTS are breaking up…