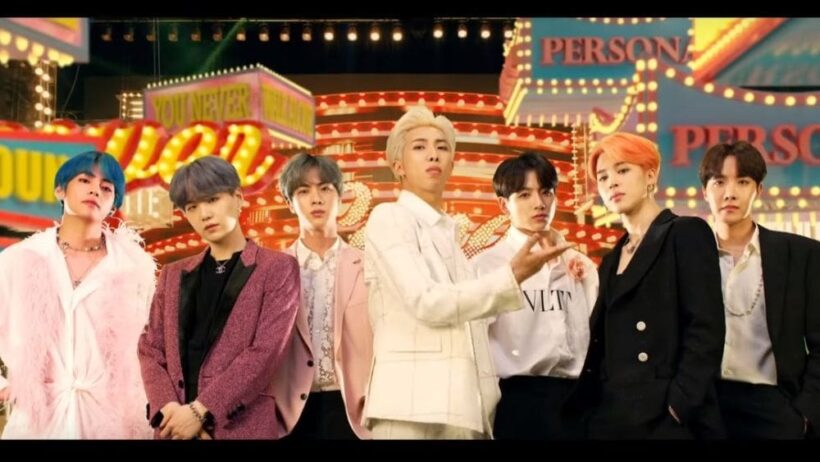 K-pop rival Blackpink managed 56.7 million for “Kill This Love” just beating out Ariana Grande’s “Thank U, Next” with 55.4 million. Just behind was another BTS song “Idol” which had 45.9 million views in its first 24 hours on YouTube.

The new record of 78 million clicks in just one day will be a high bar to jump over as musicians around the world ponder the K-Pop phenomenon and, in particular, the global popularity of BTS – who sing mostly in Korean.

The Korean septet of RM, Jin, Suga, J-Hope Jimin, V and Jungkook performed live on Saturday Night Live to broad acclaim, including all their sharp dance moves whilst singing totally live with a live band backing them (along with a few mic problems) – a rarity in modern music performance.

The new Boy With Luv music video, a collaboration with Halsey, is an ode to the golden era of cinema with references to the movie ‘Singing in the Rain’.