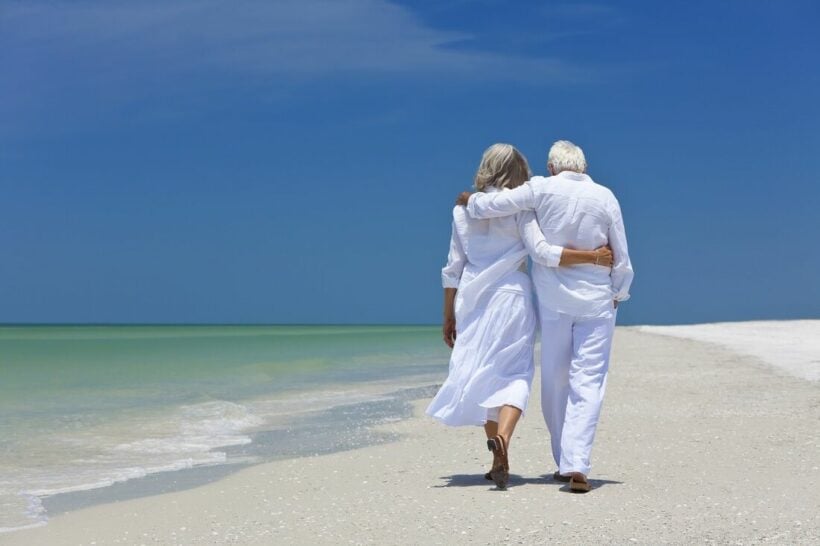 In a revision to the rules for non-immigrant OA visas, foreigners will now be required to hold a minimum of 3 million baht in health insurance, for in-patient services, in order to be eligible for long-term stays in Thailand, 8 times more than the 400,000 baht that has been previously required.

The OA visa is also known as the Retirement visa (or Geeza visa).

According to Thai PBS World, the new rule was announced yesterday by the Deputy Minister of Public Health, Satit Pitutacha, saying that the increase in insurance is necessary to make sure that, should a traveller get ill during their one year in the country, more insurance money available is necessary to guarantee they receive the proper treatment.

The massively increased insurance requirement would be for foreigners with a non-immigrant visa including OA Visas staying up to one year inside of Thailand. Due to the strict border control that closed entry to nearly everyone, just 3,768 expats and foreign travellers were granted non-immigrant visas in all of 2021 and 2020.

The Health Ministry says that insurance policies can be purchased from their home country or domestically within Thailand, but stipulate that the coverage must maintain that minimum of 3 million baht or the equivalent if the policy is issued in a foreign currency.

The announcement will likely be met with displeasure and backlash from international travellers hoping to make Thailand their home long-term, or at least for one year. It is especially difficult for those hoping to retire in Thailand as insurance policy premiums are infamous for skyrocketing once the applicant passes a certain age, increasing exponentially with age under the assumption that older people are more prone to illnesses and accidents.

As Thailand releases plan after plan to lure back tourists, many complain that the complicated entry process, the rising costs, and constant changes to immigration policy not to the benefit of international travellers seems to be simultaneously pushing away the same expats with money that the country espouses to be courting.

For more information on Health Insurance that compaly with the new regulations, CLICK HERE.

ken
2 hours ago, vvdb.fr said: It is not incoherent because Thailand wants wealthy tourists. this multiplication by 8 will annoy only the penniless. What is inconsistent are the airports expansions for more tourists ! i guess most expats retirees in…

Cabra
10 hours ago, Faz said: It's not an idea, it's mandatory. I meant the idea of self insuring to meet the mandatory insurance requirements
ken
actually to be effective n fairly administered, the easiest and direct  way is to blacklist and not issue visas to those expats not settle their hospital bills, rather than target a particular group of retirees holding OA visa for mandatory…
farang
thats the most stupid move ive heard so far. most farang already have insurance in their home country that will cover any thai hospital bill.but thai dont accept it without a thai form submitted which usa insurance companies wont fill…
joseph
My home country insurance paid for my son to be born 24 years ago. 2 days, private hospital, private room with balcony, etc. 13,000 Baht. The wife and I are still here but plan to retire in 2 years. Looking…