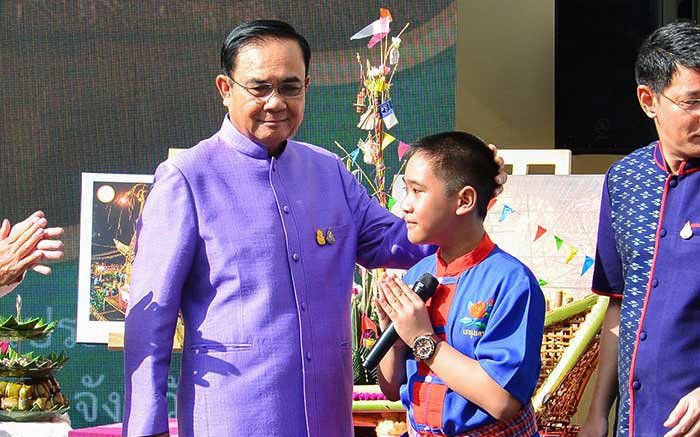 The Thai PM is urging people to refrain from ‘temptations’ for the good of their health and family life, including drinking alcohol.

He was participating in a promotion for an alcohol-free End of Buddhist Lent (which occurs on Sunday).

Prayut then observed an exhibition promoting the true traditions of the Kathin festival, held by the Ministry of Public Health and its partners, to promote the subsequent Kathin festival after Buddhist Lent as an alcohol-free occasion, by raising awareness among the general public that alcohol consumption should not be included in the noble traditions of Buddhism, as “alcohol harms the health, life, and property”.

Students read letters about successfully convincing their fathers to quit drinking. He then asked all people to refrain from drinking and other vices as a homage to His Majesty the King and for their health, epecially on every religious and other important days.

The Prime Minister also joined in activities for the Digital Thailand Big Bang 2019 event held in keeping with the ASEAN Connectivity theme, presenting robots as friends in the future. The event is taking place October 28-31 at BITEC Bang Na exhibition centre in Bangkok.