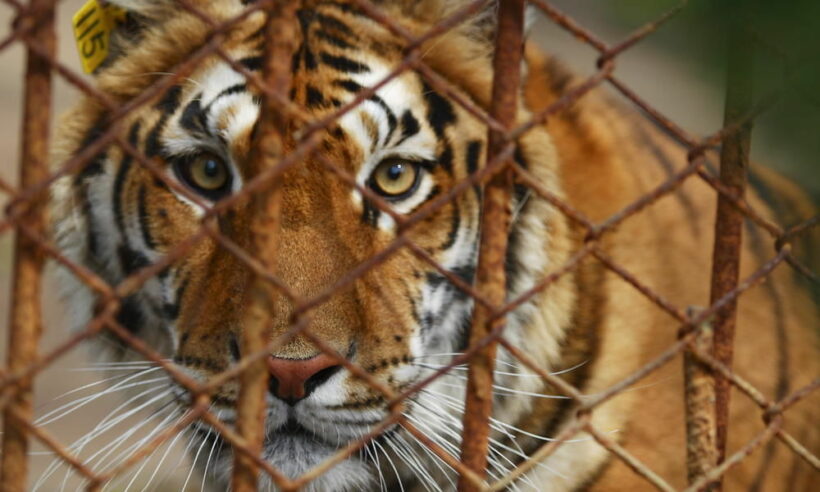 “The tigers became weak from stress from living in captivity and their conditions steadily deteriorated until they succumbed to their death.”

86 out of a total of 147 tigers kept at two wildlife breeding stations in Ratchaburi province, after they were confiscated from the infamous Tiger Temple in Thailand’s western province of Kanchanaburi about three years ago, have died from Laryngeal tongue paralysis.

Tiger Temple used to be a popular tourist attraction where tourists could view tigers close-up, but became embroiled in controversy when it was discovered they were selling tiger parts on the black market.

The temple has long been accused by animal rights activists of mistreating the tigers for commercial gain and even trafficking some of its animals.

In May 2016, the Thailand Wildlife Conservation Office began capturing and relocating the tigers, intending to close the facility. Authorities counted 137 tigers on the premises, and the frozen bodies of 40 cubs, some of them dead for more than five years. 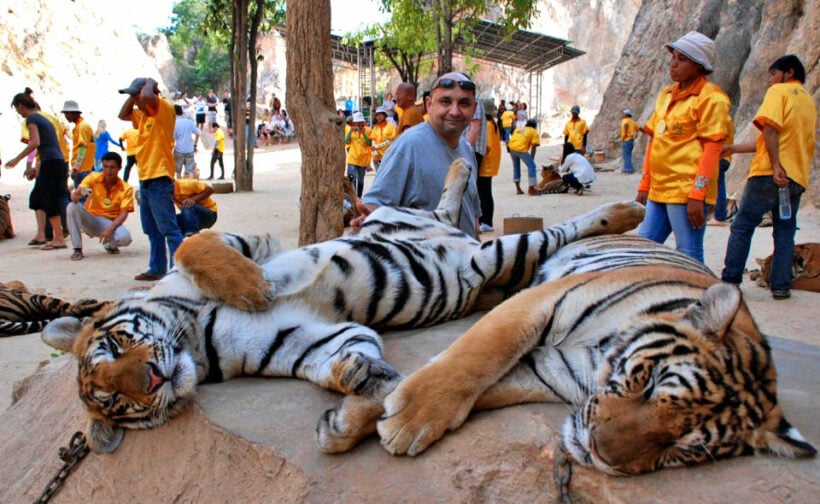 The Kanchanaburi Tiger Temple, long dogged by controversy and complaints from animal rights activists, was eventually closed down in 2016.

A source has told Thai PBS that some of the relocated tigers were diagnosed with suffering from Laryngeal tongue paralysis when they were first moved from Luangta Bua Yannasampanno forest monastery in Kanchanaburi province to the Khao Pratab Chang wildlife breeding station in Ratchaburi province in June 2016.

The source said that most of the tigers confiscated from the forest monastery were captive bred Siberian tigers and, therefore, did not have natural immunity, rendering them weak and susceptible to diseases.

He explained that Laryngeal tongue paralysis is common among tigers and cats.

Of the dead tigers, 54 of them were from Khao Pratab Chang where 85 were raised and 32 others were from Khao Son breeding station, also in Ratchaburi province – both are operated by the Department of National Park, Wildlife and Plant Conservation.

The source said that the tigers did not die suddenly or died in large numbers at the same time, but they became weak from stress from living in captivity and their conditions steadily deteriorated until they succumbed to their death.

Kept in captivity, he said the captive tigers would gradually lose their wild instinct and develop stress no matter their living condition was up to standard and they were fed well.