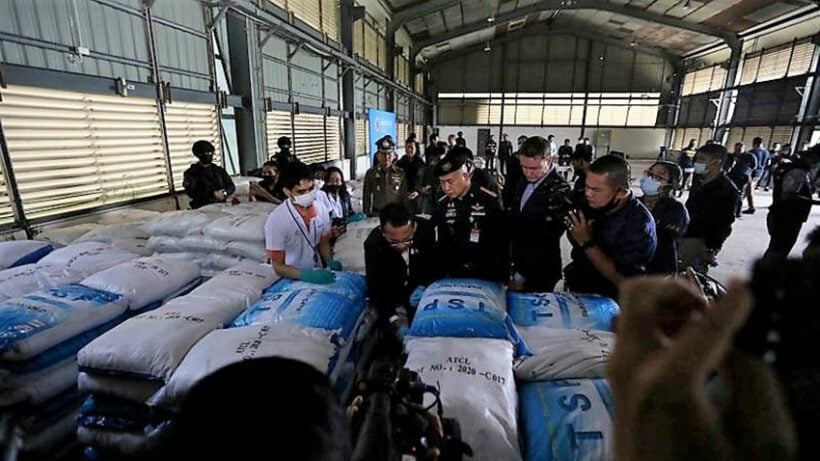 Police in eastern Thailand have confiscated over 11 tonnes of ketamine, thought to be worth around 29 billion baht, from a warehouse in Chachoengsao province. The haul was made up of 457 bags, each containing 25 kilos of the contraband substance. It’s understood officers had expanded their investigation after 300 kilos of ketamine seized in Taiwan was found to have come from Thailand.

Montri Yimyaem, head of the Narcotics Suppression Bureau, says the size of the haul would indicate the drug was destined for overseas distribution, adding that officials will liaise with their international counterparts as part of the investigation.

“The drug is not popular in Thailand, and is mostly sold abroad, including Europe, Australia, Taiwan, Japan and Korea.”

According to a report in the Bangkok Post, the Minister of Justice, Somsak Thepsutin, says this may be just the tip of the iceberg and investigations into drug-smuggling operations are ongoing.

“This discovery is only the beginning, there will be further investigations to seize ill-gotten gains connected to drug smuggling.”

Ketamine is used as an anaesthetic or for sedation during medical procedures. It is also sometimes prescribed as an anti-depressant. However, it is also used recreationally, putting users into a trance or dream-like state, and sometimes inducing hallucinations.