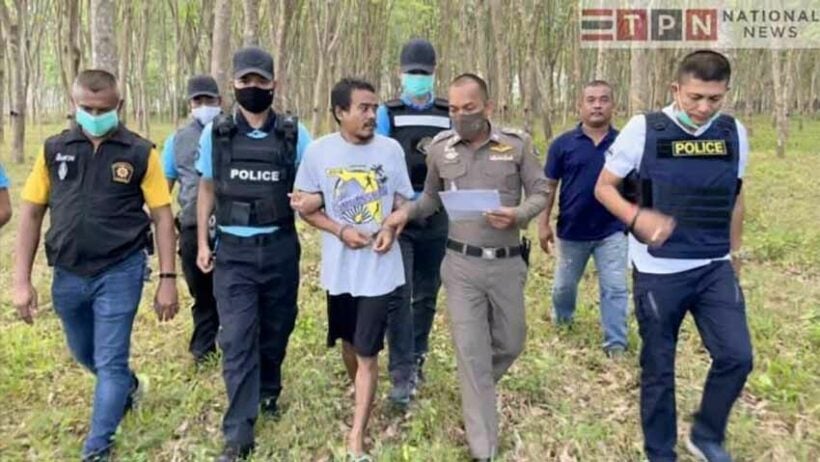 Police have arrested 3 suspects, named as 39 year old Thawin Pengsakul, 35 year old Sutin Pengsakul, and 25 year old Jakkrit Chumanee, who have been charged with murdering the victim and fleeing to Nakhon Si Thammarat. They have also been charged with the illegal possession of firearms and ammunition. Their arrest came after a warrant was issued by Wiang Sa provincial court, in Surat Thani.

It’s understood that the victim had fallen out with the 3 suspects, in a dispute over money, related to an alleged illicit drugs business or other illegal activity. All 3 have denied the charges against them. They are currently being held at Khao Nipan police station, in Surat Thani, for further questioning and the pressing of charges. Officers continue to search for a fourth suspect who managed to evade capture.