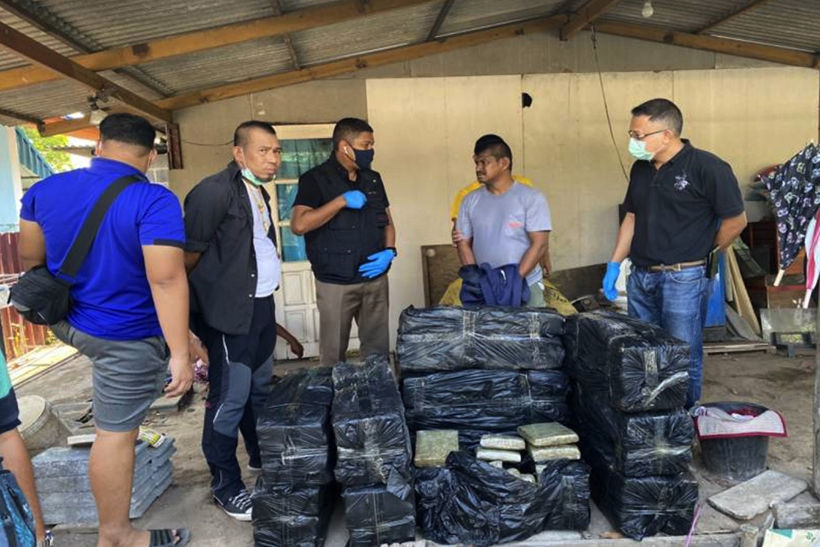 Talk about being left holding the bag… police in Bangkok’s Nongjok district confiscated bricks of dried marijuana weighing 221 kilograms on Friday. According to officers at the Lam Phak She Police Station, officers, the raid was a followup to a sting operation that resulted in in the arrest of 46 year old Manop Buakareem, who had delivered a kilogram of marijuana to undercover police earlier the same day on Suwintawong Road.

Police say Manop confessed that he was storing the drugs for another man identified only by the unfortunate name “Naf,” who was later to meant to come collect them as well as pay him the storage fee. 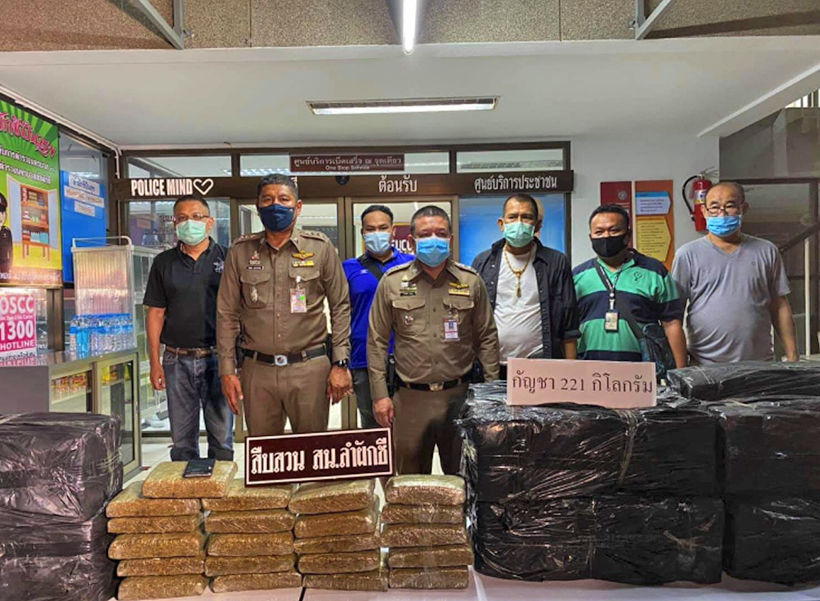 Manop was charged with possessing a type-5 narcotic substance marijuana with intent to sell and was taken into police custody.