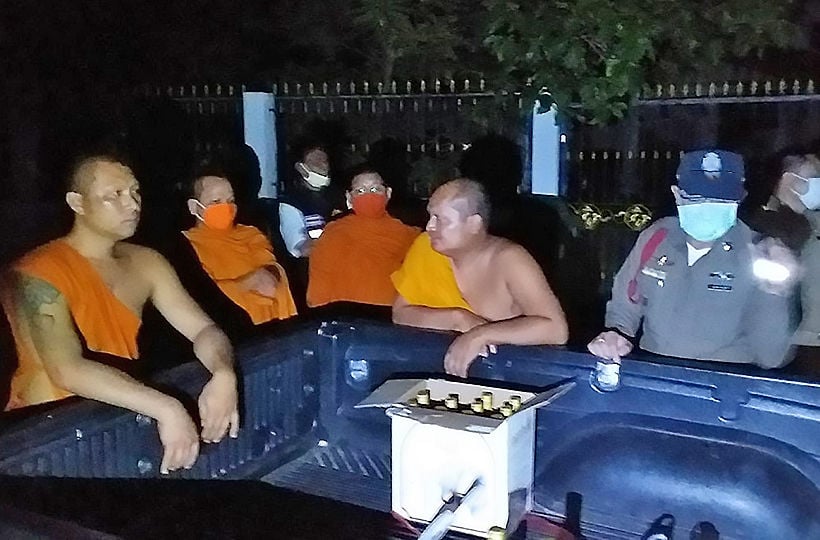 A case of Bud Enlightenment? 2 Buddhist monks were arrested in their pickup truck in the early hours yesterday morning in the lower northeastern province of Sisaket. They have been charged with breaking the national curfew and drunk driving.

The two were detained in their pickup truck shortly after midnight in the province’s Muang, or city district. Police say both the driver and the passenger were heavily intoxicated, according to the police. Bottled alcohol was also discovered in the back of the pickup.

The monks were then officially defrocked by the provincial Buddhist authority and charged with Emergency Decree violations. Under Thai law, a Buddhist monk can be questioned by police but not jailed until he is first defrocked.

The offense carries a maximum penalty of imprisonment term of up to two years and/or a fine of up to 40,000 baht.