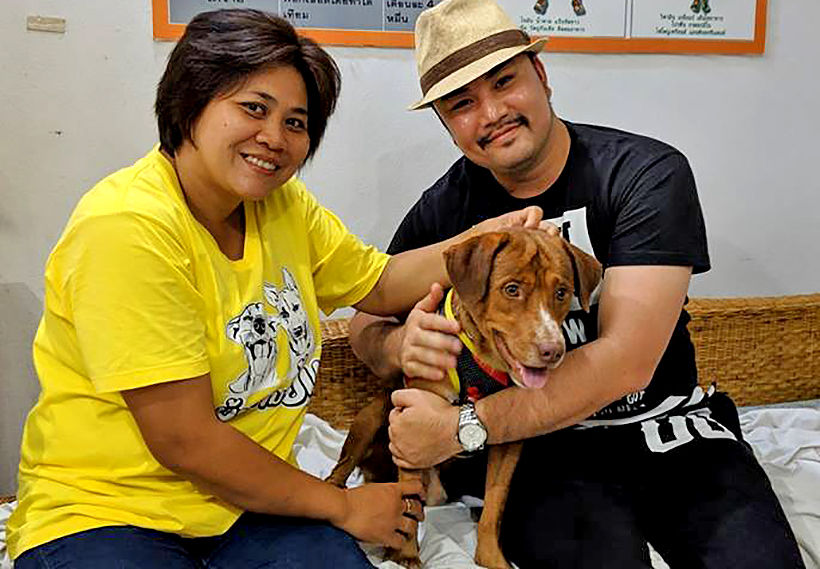 Definitely Thailand’s most travelled dog, Boonrod was fished out of the water earlier this month when he was spotted swimming aimlessly 220 kilometres off the Songkhla coast by workers at an oil rig.

Vitisak is now the proud new owner of Boonrod. He’s an offshore planner of Chevron Thailand Exploration and Production and met up with Boonrod on Saturday, the first time the two had met up since the rescue on April 15 which made international headlines. At the time Boonrod was not a happy hound. How he ended up in the middle of the Gulf of Thailand swimming around is a mystery although the rig operators figure he must have fallen off a fishing trawler.

But now Boonrod, who has been recuperating at Smile Dog House in Hat Yai since his rescue, is now off to his new life in Khon Kaen, some 1,500 kilometres north from Songkhla.

Vitisak says he wants to encourage people to adopt a pet, rather than buying a new pet. 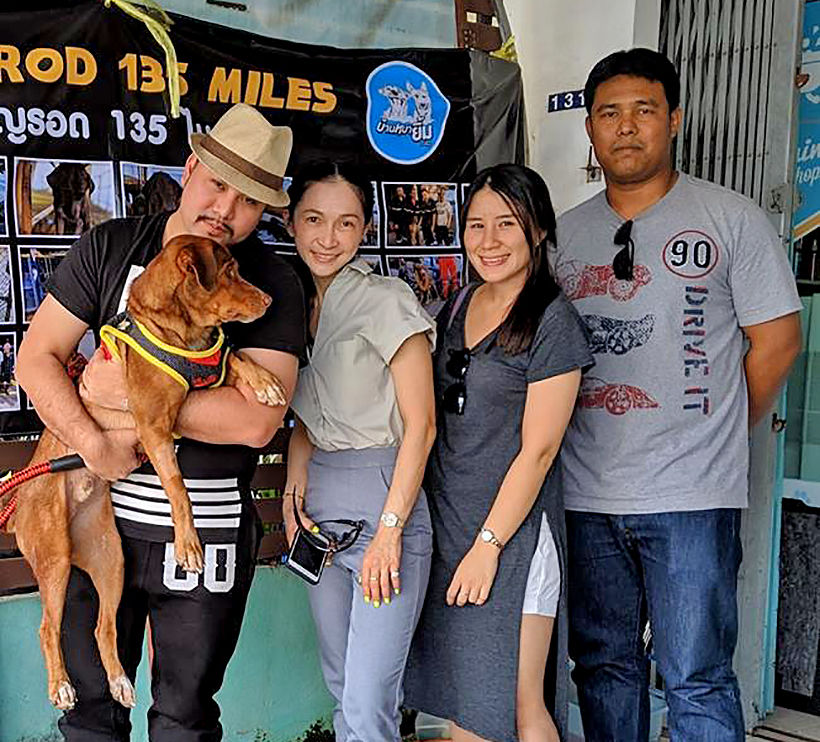 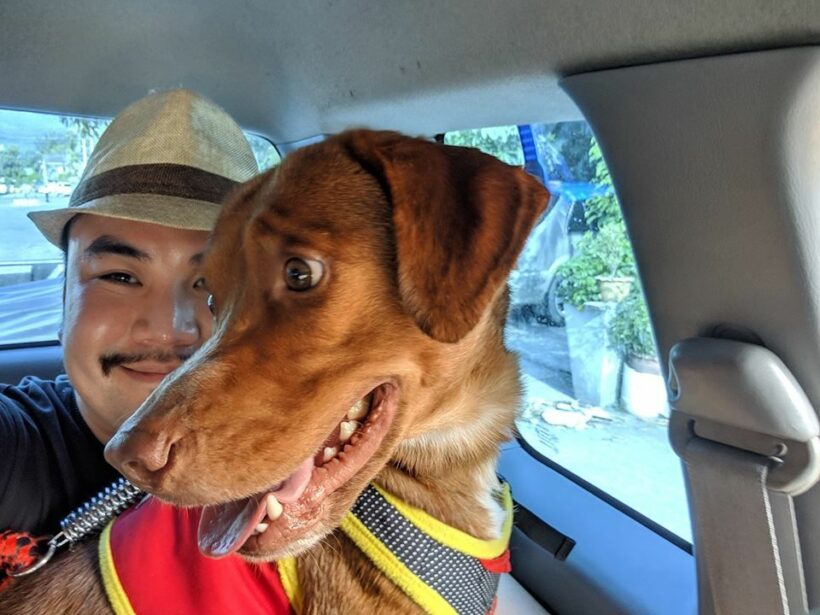 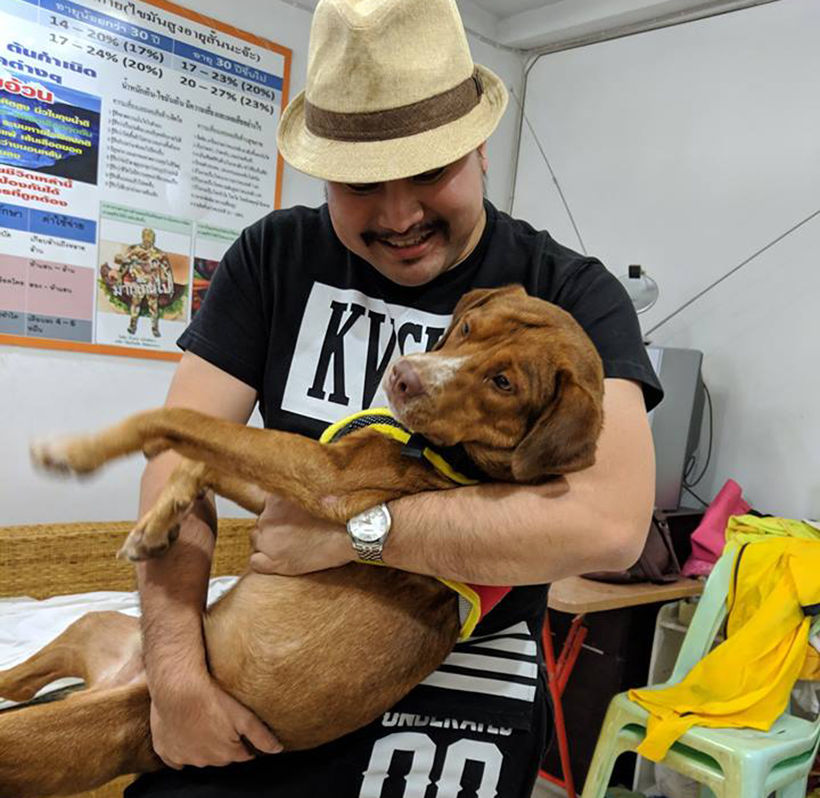 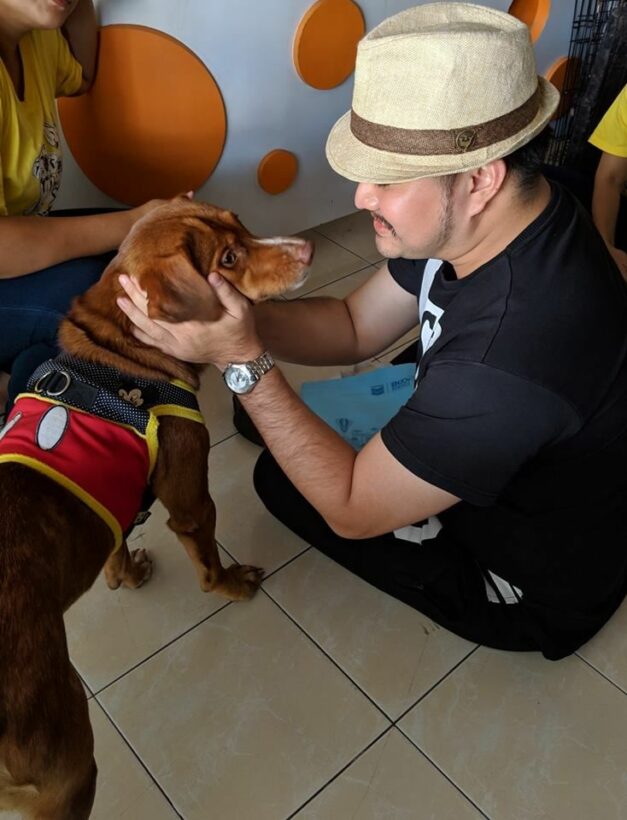 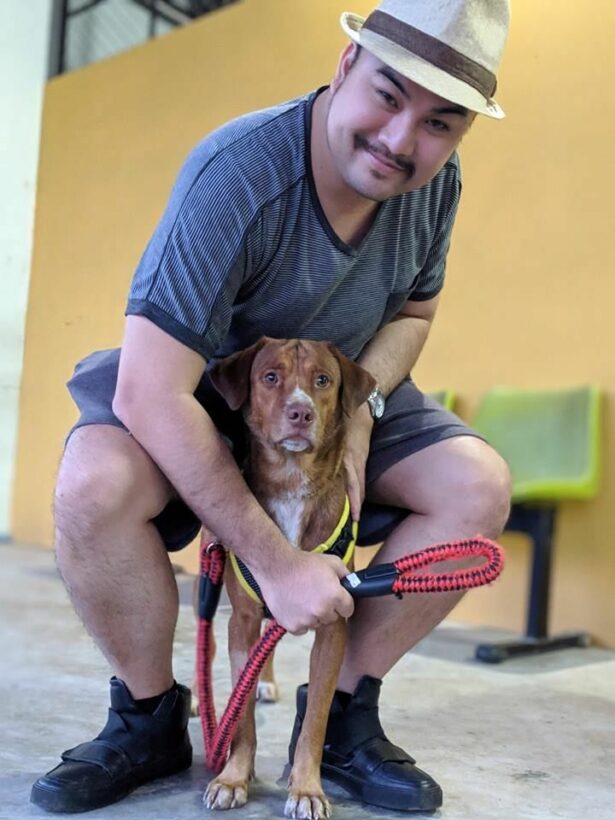