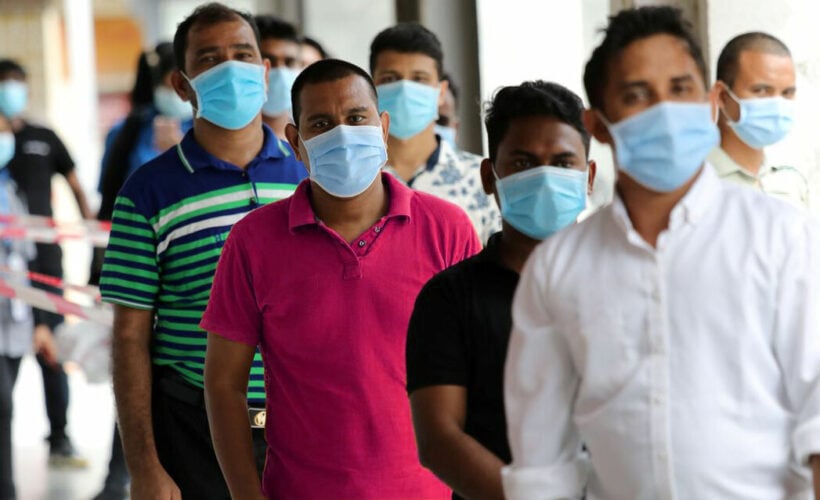 In just 3 bewildering weeks, Thailand has gone from ‘let’s re-open Phuket’ to setting up thousands of field hospital beds. The daily infection totals over the past week have surpassed anything Thailand has had to face over the past year. A cluster of cases from Bangkok’s hi-so nightclubs was followed by Bangkokians heading out of town for Songkran, mixing about with their families and friends, and then returning, a massive movement of people around the country.

The Thai government couldn’t have come up with a more effective plan to spread Covid-19 if it had tried.

Restrictions have been now announced nationally, with some tighter measures being announced in red zone provinces. Bars and clubs have been shut, restaurants banned from serving alcohol and the opening hours of shopping centres have been cut. Some provinces are doing one thing whilst the province next door is doing another. Provincial police are not exactly sure what they’re meant to enforce because it changes almost daily.

Some red zone provinces now have entry restrictions, including Covid paperwork, proof of vaccination or insistence to do a test upon arrival. More will follow.

Doctors, too, are reporting that patients in this current wave, which involves the more transmissible strain called B117, or the UK variant, are presenting with a different cocktail of symptoms. Thai doctors are reporting that about 40% of patients with symptoms developed pneumonia while in hospital – a higher proportion than in Thailand’s previous waves.

A survey conducted by the UK Office for National Statistics in England found that people testing positive for the new variant were more likely to report persistent coughing, rashes, red eyes, tiredness, muscle aches, sore throat and fever compared to those who have the original strain.

Professor Anucha Apisarnthanarak, from the infectious diseases department of Thammasat University says, despite the rush to provide new facilities, Thailand may run out of properly equipped facilities in the next month.

“In the next two or three weeks, if the cases are still increasing, we might encounter the situation that Spain or the UK or European countries encountered six month before, because we don’t have enough facilities for care.”

In just 3 weeks Thailand has recorded nearly twice the number of new infections than the whole of 2020. 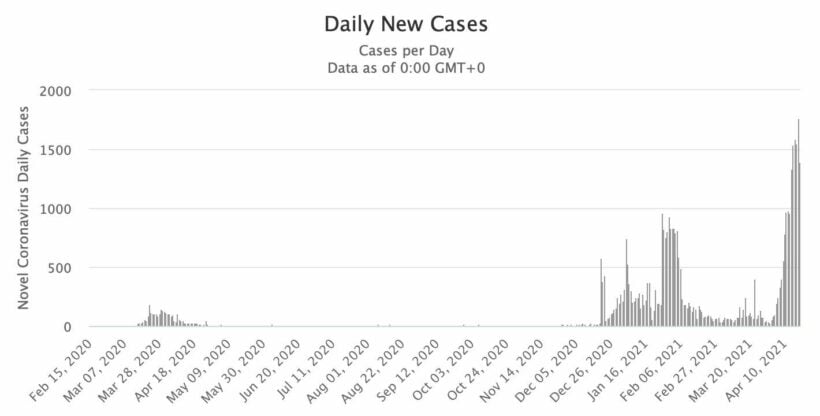 Meanwhile the Thai government and Public Health Ministry is insisting that people who provide a positive test must stay in a government facility, to avoid spreading the virus further, although today there seems to be some flexibility emerging over this policy with reality starting to stare the Thai government in the face.

The Public Health Minister says asymptomatic Covid-19 patients could be allowed to recover at home so that hospital beds can be kept for seriously ill patients. The ministry says it’s preparing a “recover at home” plan, but insists it is not being implemented for the time being as there are currently enough beds available.

A week ago the Public Health Minister crowed that this would never be considered.

In the interim the Thai government is hoping that their current restrictions, that came into force on Sunday, will start to reduce the amount of new daily infections.

Cambodia is also fumbling to contain a sudden wave of new infections that started at the end of February. Cambodian PM Hun Sen, dramatising that Cambodia was “on the brink of death”, locked down capital Phnom Penh and Ta Khmau, some 2 million people. Thousands of field hospital beds are now being hurriedly being set up in public halls, schools and large hotels. 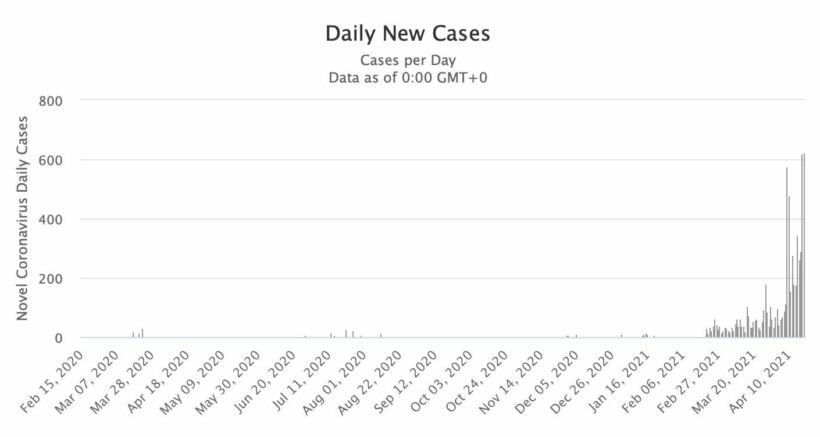 Malaysia, too, is on the uptick again, with daily Covid-19 cases breaching the 2,000 mark each day over the past week after seeing its January/February spike slowly come under control. The uptick, like Thailand, has had unfortunate timing, matching a national holiday where mass movement played into the hands of an opportunistic virus. This year the Malaysian government allowed Ramadan food markets to operate after banning them during Ramadan in 2020. 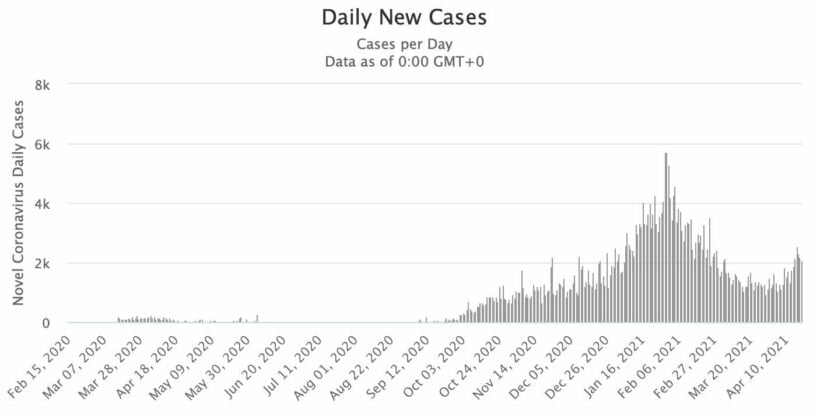 Thailand, Malaysia and Cambodia were all praised for their early lockdown measures introduced in April 2020. But all have had lapses since and been forced into new rounds of restrictions. Whilst Cambodia’s reaction has been ‘full lockdown’ mode, Malaysia and Thailand are, instead, aiming to manage their way out of the current outbreaks with targeted restrictions, mostly on the entertainment industry and anywhere people are likely to congregate.

According to Our World in Data, among south-east Asian countries, Singapore, with only 5.8 million people, has vaccinated the largest proportion of its population, with around 19% receiving at least 1 dose. Of Cambodia’s 16.7 million people, 7.5% have received at least one vaccine dose. Thailand languishes with less than 1% of its population vaccinated, even with 1 dose of the chosen 2-dose vaccines.

Thailand also has some rough months ahead as, at this stage, has only hitched onto China’s Sinovac and  AstraZeneca vaccine trains, both having suffered setbacks with some negative publicity, about either safety or efficacy.