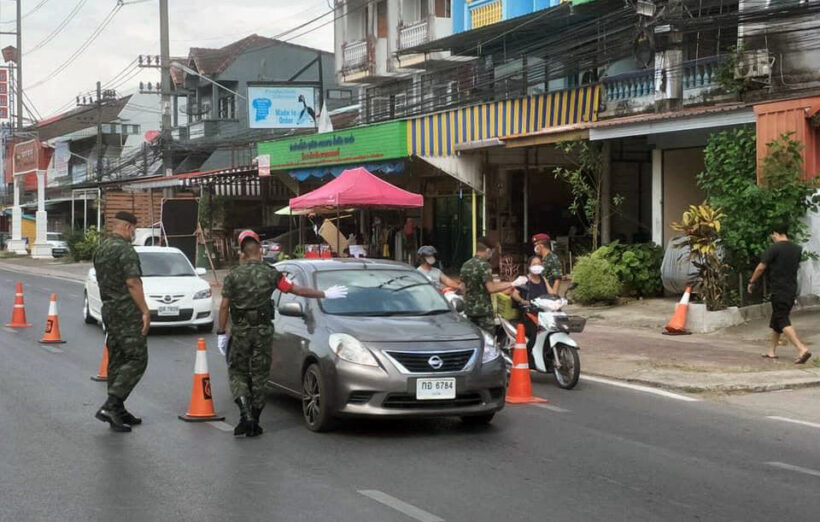 Chalong and Kathu districts are now being added to Phuket’s “lock down” list by the Phuket Governor. The notices, like the others for Rawai, Karon and Patong, say all non-essential vehicles are banned entry or exit into these two areas, including public transport.

“People are asked to say in their homes, and public health teams will be deployed to check the areas for the virus.”

“Any persons in the areas who start to experience any symptoms of infection are to report to officials immediately.”

The new orders came into effect from this morning, April 7 and will remain in effect until further notice.

Chalong’s Mayor has confirmed to The Phuket News that the order is now in effect. A post about the Kathu ‘lockdown’ was posted on the municipalities Facebook page last night.

Chalong and Kathu municipal officials have been instructed to ensure important public areas are santised.

Both orders issued by Governor Phakaphong noted, “[We] ask people in the area not to leave their homes or place of residence to protect themselves from infection and [because] they may be a carrier and spread the CONVID-19 virus to other people

“A breach of the orders will violate Section 52 of the Communicable Disease Act 2015, which may incur a penalty of up to one year in prison or a fine of up to 100,000 baht, or both.”