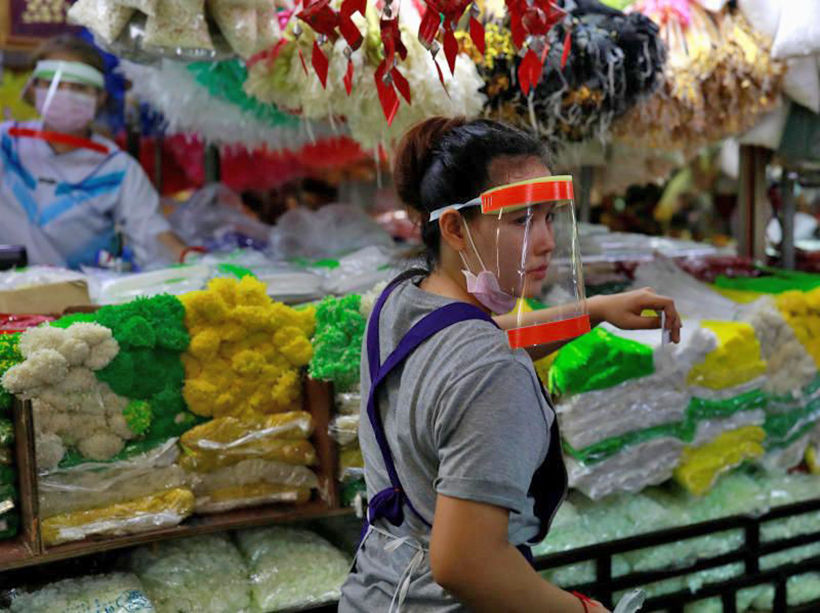 “The lower number of daily new cases and the slower increase in accumulated patients apparently resulted from the nationwide curfew starting on April 3.”

In another dramatic drop, Thailand’s Centre for Covid-19 Situation Administration reported only 38 new Covid-19 coronavirus cases in the previous 24 hours, and one additional death in its daily press briefing today (Tuesday). The cumulative death toll now stands at 27.

The 38 new infections appears to show a declining trend from the 51 cases reported yesterday and and the 102 logged on Sunday, but officials warn there is no way to know the actual number of cases and how quickly the virus is spreading because, as is the case worldwide, very few people in Thailand have been tested.

Dr Taweesin Visanuyothin, spokesman for the centre, says the latest fatality was a 54 year old man, with no reported chronic diseases, who had been partying in the Thong Lor area of Bangkok. On March 13 he began to suffer from exhaustion, and the condition worsened the following day. He was admitted to hospital and put on a ventilator. A lung X-ray showed severe pneumonia and he tested positive for Covid-19. He died yesterday.

Taweesin expressed his relief over the lower number of new confirmed cases, and attributed it to the new curfew.

The new 38 cases include 17 people in close contact with previous patients. Eleven of them were in Bangkok and contracted the disease from family members, colleagues and friends. 7 new patients worked in crowded areas or closely with foreigners: 3 in Phuket, 2 in Bangkok and 1 each in Chon Buri and Krabi provinces.

Other new cases included 3 health workers, 3 visitors to crowded places and 3 Thais who returned from overseas. 5 cases are still under investigation, according to Taweesin.

Bangkok still has the highest number of confirmed infections, but daily tallies show most new cases are springing up in the provinces.