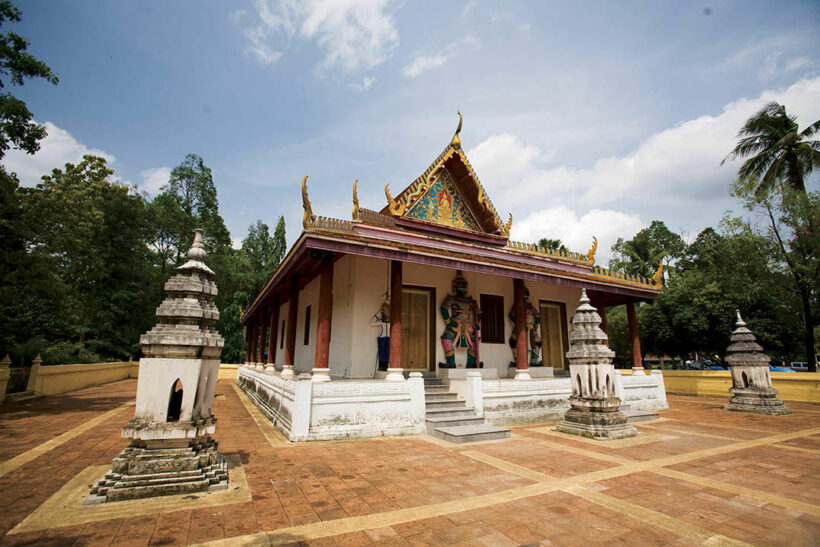 Ivan’s life has taken quite an unexpected turn. The young Russian student probably never expected to be handing out meals alongside Buddhist monks in somewhere in southern Thailand, but that’s how he spends his days now that he’s broke and stranded. He survives on meals from, and helps out where he can,  at a temple in Surat Thani.

Phra Khru Pisal Pattananukit, patriarch of  Wat Mai Pattararam in the Surat Thani municipality, says that the the tourist, identified only as Ivan, aged 25, has been staying at the temple since March 26.

“Ivan is well-mannered, kind, and industrious. He wouldn’t accept money from us. He wanted to work, but I was afraid it would be illegal, so I let him stay in the wat and teach English to our novices.” 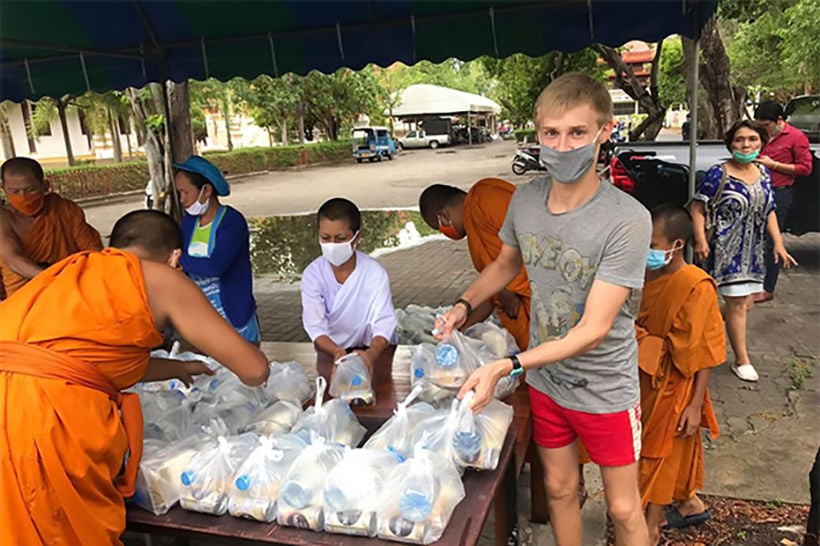 The abbot says the visitor arrived from Koh Samui, where he had been on holiday. Running out of money, he asked if he could stay at the temple while waiting for a flight back to Russia. But there were no flights to be had, as most airline grounded their fleets and inbound flights were banned from Thailand in early April.

The monk praised him for not sitting idly at the temple, saying he helped other monks to clean the premises and worked in the kitchen preparing free meals for people in the neighbourhood.

Ivan declined to give his last name.

Fortunately for him the government has allowed foreigners holding all types of non-immigrant visas to stay in the country until July 30 without the need to file for extensions.

Well done Ivan and hope you get back to your country sometime soon.