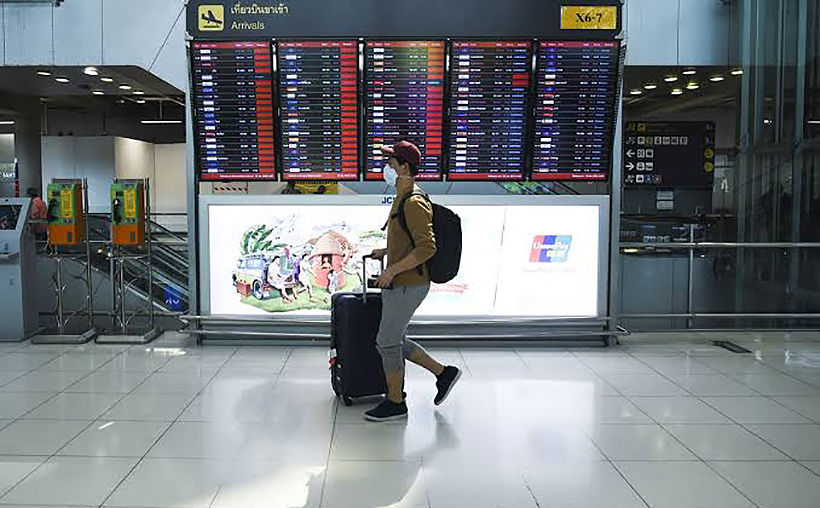 PHOTO: Airports around the Asian region are noticeably quiet - The Verge

And, as the weeks wear on, it is clear that most people are recovering from their symptoms and getting on with their lives. No one, outside of China, has died from the coronavirus infection.

Many countries have now issued strict travel restrictions for foreign nationals travelling to China, including the US, as the number of cases of Wuhan Coronavirus continues to rise.

Chinese authorities overnight reported 45 new deaths, all of them in the Hubei province in central China, where Wuhan is the capital. The numbers of new cases yesterday leapt another 2,000, surpassing the 2003 SARS outbreak. The SARS outbreak started in southern China in late 2002 and infected 8,098 people worldwide, killing 774.

Here’s some more key updates from around the world…

• More than 20 countries and territories outside of mainland China have confirmed cases of the virus across Asia, Europe, North America, Australia and the Middle East. The UK also reported its first two cases yesterday, in north-west England.

• The US government has also declared the novel coronavirus a public health emergency. US President Donald Trump has  signed a proclamation suspending the entry of foreign nationals who have travelled in China in the last two weeks. But foreign nationals, who are the immediate family of US citizens or permanent residents, will be exempt.

• Much of China will bead back to work on Monday, following the extended Chinese New Year celebrations. As was the fear two weeks ago – that the annual exodus of Chinese from the cities to their upcountry homes for the CNY holiday could help the spread of the virus – now tens of millions of people will be heading back to the cities over the weekend.

• Some Chinese provinces have announced that many schools and universities will remain closed for much of next week.

• The first group of Thais stranded in Chongqing, China, arrived at Suvarnabhumi Airport at 6.35pm last night. None of them showed any symptoms of the virus but authorities say they will be monitored in quarantine for 14 days.

• China’s Foreign Ministry spokeswoman Hua Chunying maintains the country has “full confidence and capability in winning the fight against the virus. Since the outbreak of the novel coronavirus epidemic, the Chinese government has been taking the most comprehensive and rigorous prevention and control measures with a high sense of responsibility for people’s health. Many of these measures go well beyond the requirements of the International Health Regulations. We have full confidence and capability to win this fight against the epidemic.”

• Singapore has confirmed three additional cases, bringing the total number of confirmed infections in the city to 13. Singaporean health officials say all 13 cases are in a stable condition and “most are improving.”

• The Singapore government will distribute four masks each to 1.3 million households today.

• 130 infections of the virus, but no deaths, have been reported outside mainland China.

• Two of China’s neighbouring countries are ramping up emergency measures to try and stop the virus spreading there. Russia is closing its far eastern borders and limiting rail services from all Chinese cities from yesterday. North Korea has declared a state of emergency and announced a “hygienic and anti-epidemic” response.

• Wuhan remains completely locked down, with residents mostly staying in their homes with the streets of the city of 10 million largely abandoned.

• Foreigners who are being airlifted out of Wuhan face up to two weeks of mandatory or voluntary quarantine once they land in their home countries.

• In Australia the plan is to house evacuees in a former detention centre for refugees and migrants on Christmas Island. Some of the stranded Australians in Wuhan have said they “would rather remain in the city” than face two weeks on the controversial offshore island that has been described in Australia as a “leper camp,” according to national broadcaster ABC. Canberra is defending its decision to move evacuees to the island “as the only place capable of quarantining hundreds of people”.