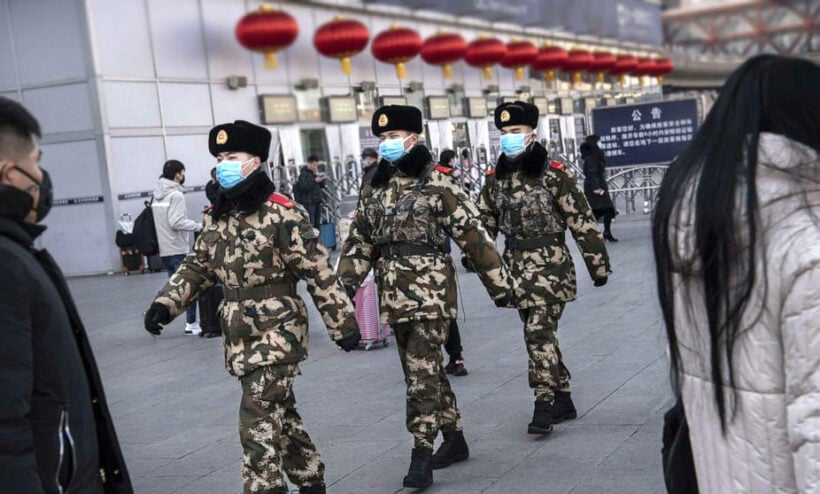 We bring you all this morning’s key updates in news about the spread of the Novel Coronavirus. Whilst there is plenty of speculation and rumours in social media, The Thaiger will only be publishing news that has been corroborated by authorised medical and scientific organisations or quoted with attribution in leading world media. As the story is developing quickly we will continually update this information.

• The Coronavirus (2019-nCoV) outbreak has now spread to several continents and killed at least 80, whilst 2,700+ are reported to be infected, according to Reuters.

• Chinese President Xi Jinping says that China was facing a “grave situation”, as health authorities around the world scramble to prevent a pandemic. He spoke at length in a public statement on Saturday.

• The Director of China’s National Health Commission has clarified that people carrying the virus, but not showing symptoms, may still infect others. He is warning that the “epidemic is now entering a more serious and complex period.”

• In Thailand there have been eight confirmed coronavirus cases. Five of these have already returned to China. Thailand’s Public Health Minister Anutin Charnvirakul announced Sunday that 84 Chinese tourists remain under observation – 24 were detected with a fever at airport screening and 60 who visited hospital themselves after developing symptoms. 45 of this group have now been discharged and returned to China. 39 are still under observation.

• Thailand’s Tourism and Sports Minister Pipat Ratchakitprakarn says that the shutdown of Chinese cities and the ban on all outbound tour groups by the Chinese government will cost Thailand around 50 billion baht in lost tourism revenue.

• A Thai student studying at Wuhan University posted a desperate plea for help from the Thai government on Facebook. Pasnicha Krutdamrongchai, says she and her friends did not have the opportunity to stock up on food and water due to the short-notice given prior to the lockdown. Pasnicha painted a grim picture of supermarket shelves stripped-bare in her post.

• The World Health Organisation’s director general, Dr. Tedros Adhanom Ghebreyesus, arrived this morning in Beijing, China, to meet with government and health officials to discuss the latest measures in the Wuhan coronavirus outbreak.

“We are working 24/7 to support China and its people during this difficult time, and remain in close contact with affected countries, with our regional & country offices deeply involved. The World Health Organisation is updating all countries on the situation & providing specific guidance on what to do to respond.”

• The WHO continues to evaluate the spread and has declined to declare the dangerous respiratory disease a “global health emergency”.

“Make no mistake: This is an emergency in China. But it has not yet become a global health emergency. It may yet become one.”

• China has banned the wildlife trade nationwide, deployed hundreds of medical workers and assigned dozens of hospitals to focus on treating the virus alone.

• In the US, a fifth case of coronavirus has been confirmed, this time in Arizona. The other cases include a a Chicago woman in her 60s, a man in his 30s in Washington state, and two in California – a man in his 50s in Orange County and a patient in LA County. All had recently traveled to Wuhan, China.

• The Orange County victim is in isolation and in “good condition” at a local hospital. US State and federal officials are tracking down those who had any contact with the person and is at risk of infection.

• Hong Kong is banning residents from travelling to China’s Hubei Province, with the centre of the outbreak in its capital Wuhan. Officials have also closed major tourist attractions as a precaution.

• Other international cases have been confirmed in Thailand, Vietnam, Singapore, Japan, South Korea, Nepal, Taiwan, Hong Kong, Malaysia, France, Australia and the US.

A doctor in Toronto, Canada, Dr. Allison McGeer, an infectious disease specialist who contracted SARS in 2003 and who helped Saudi Arabia control several hospital-based outbreaks of MERS, has commented over the weekend…

“The more we learn about it, the greater the possibility is that transmission will not be able to be controlled with public health measures. If that’s the case, we are living with a new human virus, and we’re going to find out if it will spread around the globe.”

“Because the true severity of the outbreak isn’t yet known, it’s impossible to predict what the impact of that spread would be. It would likely pose significant challenges to health care facilities.”