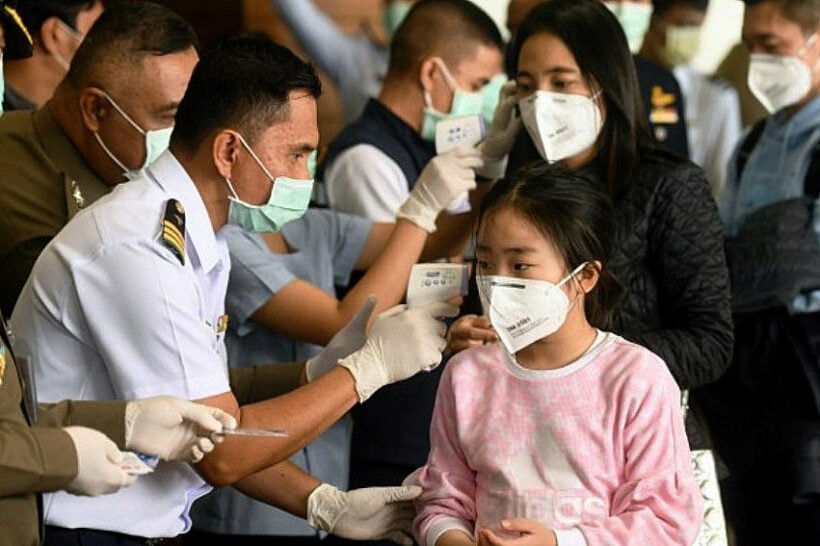 Thailand’s Foreign Ministry is hosting a meeting today to review plans to repatriate Thais marooned in China as a result of the cessation of flights and lockdowns in many Chinese cities.

The Thai Rapid Response Centre, along with the Public Health Ministry, will also be updated by local Thai Embassy staff and consular officials in China to find ways of locating and evacuating any Thai citizens who are currently in China. The Transport Ministry also announced that security agencies and Thai Airways representatives will also attend the meeting as a possible evacuation plans takes shape.

An evacuation, led by the Thai Air Force, is also being mulled as a back-up to other commercial evacuation solutions. Thai Air Force commander Manat Wongwat told the Bangkok Post that up to four C-134 planes with medical staff and equipment are on stand-by to evacuate Thais from hotspots in China.

The death toll, worldwide, is now up to 80, the vast majority located in the virus’ epicentre of Wuhan, the capital of Hubei province. 2,700+ cases are now reported worldwide. Again, the majority of cases are in China.

A Thai Foreign Ministry spokeswoman says Thai officials stationed in China are monitoring the situation closely and are in constant contact with Thai students and other communities. Busadee Santipitaks has confirmed there are 54 Thai students and approximately 10 workers in spa businesses in Wuhan city. All are accounted for and safe, as of the latest reports from Thai embassy officials.

But a Thai student studying at Wuhan University posted a desperate plea for help from the Thai government on Facebook. Pasnicha Krutdamrongchai, says she and her friends did not have the opportunity to stock up on food and water due to the short-notice given prior to the lockdown. Pasnicha painted a grim picture of supermarket shelves stripped-bare in her post.

In response, the Foreign Ministry reported that the Thai embassy in Beijing had contacted the students and offered advice, saying that checks with Hubei province’s foreign office found that restaurants and shops around the university are open as normal.

Thai Public Health Minister Anutin Charnvirakul reported over the weekend that the number of confirmed cases of novel coronavirus in Thailand has reached eight while the total number of cases under investigation stands at 84 – 7 are Chinese citizens and the other is Thai. 5 have been discharged from hospital.

Over the weekend reports came out of Chiang Mai, Nakhon Sawan and Rayong about suspected cases that have been detected.

The director of the Chiang Mai provincial tourism and sports office, Parisa Panprom, reported that 120 Chinese tourists from Wuhan were yesterday scheduled to fly back to China. Arrangements are being made to fly them to nearby destinations as Wuhan’s airports have been closed for all but emergency flights.

Chiang Mai Airport has suspended all flights between Chiang Mai and Wuhan until at least February 4.

Meanwhile, Thailand’s Tourism and Sports Minister Pipat Ratchakitprakarn reported that the shutdown of Chinese cities and the ban on all outbound tour groups by the Chinese government will cost Thailand around 50 billion baht in lost tourism revenue.