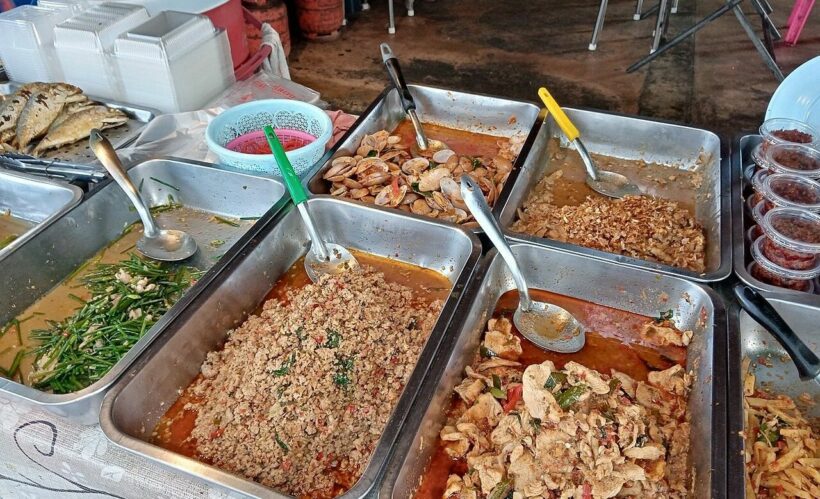 6 markets in the Bang Khae district of Bangkok, scene of a new cluster of Covid-19 infections, have been closed for 3 days. They are Siriseththanon (previously known as Saeng Fah), Soon Karnkha Bang Khae, Kitti, Pasom, and Talad Mai Bang Khae markets.

The Bangkok Metropolitan Administration has ordered them all to close for deep cleaning and disinfection, adding that the closure order may be extended if there is a rise in the number of infections linked to the markets. Out of 4,991 people tested between March 11 and March 14, 224 have tested positive. 3,086 tested negative, while 1,681 are still waiting for their results.

According to Apisamai Srirangsan from the Centre for Covid-19 Situation Administration, the first patient in the latest cluster of infections was confirmed to be a 21 year old trader who also worked in a “Thao share” scheme. The scheme offers cash loans, for a fee, from a pool of investors to those in financial need. According to the CCSA, the man had frequent contact with several investors he collected money from on multiple occasions, thereby contributing to the spread of infection.

Thai PBS World reports that anyone who visited any of the 6 markets between February 20 and March 13 is asked to come forward for a free Covid-19 test at a mobile testing lab in the public park near The Mall Bang Khae.

It’s understood that some people had to be turned away yesterday due to the volume of people who showed up for testing. Officials have now extended the testing programme to March 26, with the number being tested increasing from 800 a day to 1,000.