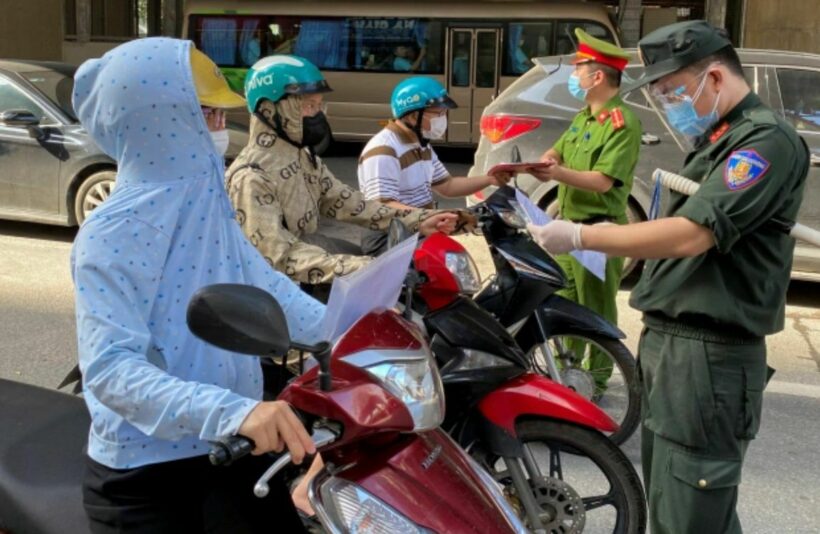 A refrigerated truck travelling north from Southern Vietnam was discovered to be holding 15 stowaways trying to escape the Covid-19 surge. Vietnamese state media reported on the story of the 15 people, one of which was just 7 years old, attempting to escape from the south which has been overwhelmed with Covid-19 infections.

According to reports from Ho Chi Minh City, the refrigerated delivery truck caught the eye of inspectors at a Covid-19 checkpoint in Binh Thuan province as it travelled north. The suspicions turn out to be well-placed as police found 15 people huddled in the back of the truck in rough condition.

Though the truck was refrigerated, it quickly became too cold and passengers worried and asked the driver to turn off the refrigeration. When they were caught, some seems to be having trouble breathing and many were sweating significantly.

It was noted that all the passengers crammed into the escape truck were carrying certificates showing negative Covid-19 tests. But the desperate passenger said with the surge of Covid-19 cases in the south of Vietnam they would rather risk the dangerous ride in the locked truck than stay and catch the virus.

The passengers in the truck were said to be trying to get to their homes in central Vietnam. The country has cut all public transportation from the south as it has been the worst affected region in Vietnam, so no flights or public buses have been operating.

They were travelling from Dong Nai province which has been in lockdown since the beginning of July and has suffered 320 deaths and over 35,000 infections that medical personnel are attempting to treat in makeshift field hospitals.

Like Thailand, Vietnam had been largely successful in suppressing Covid-19 for all of last year but saw a massive surge of infections from April. 610,000 people have been infected with Covid-19 in this fourth wave in Vietnam, and more than 11,400 people have lost their lives. Millions of people are currently under stay-at-home orders and are forbidden from travelling around the country.