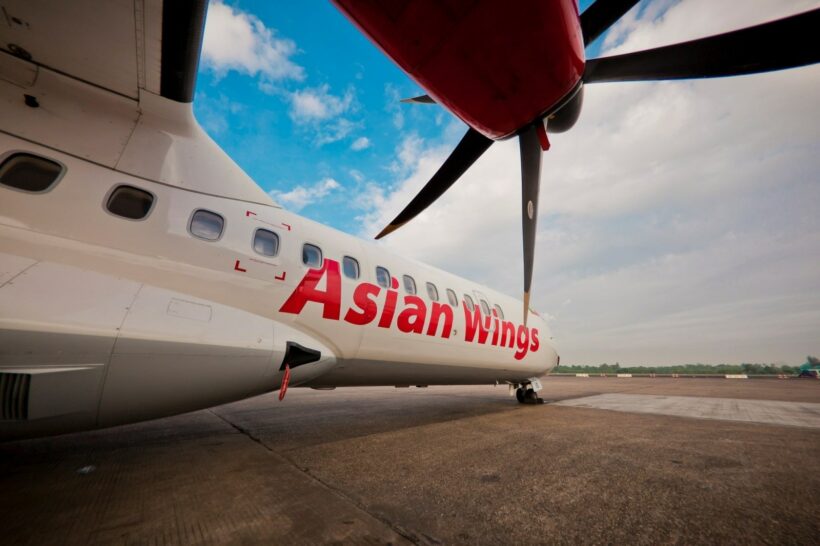 Any trip on a local airline usually means planes either full or mostly full. But some of Myanmar’s smaller local airlines have been struggling through this year’s wet season along with a drop in tourism to the country of around 6% for the past 12 months.

At least three airlines appear to have thrown in the towel suspending services without explanation or advance notice. Local newspapers in Myanmar claimed Asian Wings Airways, Apex Airlines and FMI Air have suspended services since July.

Sources claim they were crippled by the country’s high fuel cost and a decline in passenger demand during the monsoon season.

Myanmar has around 11 airlines registered for commercial operations with a nation-wide fleet of 60 aircraft.

Asian Wings Airways, one of the airlines identified in local media reports as having scotched services struck back saying it was still operating.

“It is not true that our airline returned its AOC. We are still running our flights,” public relations Manager Yin Myo told Eleven Myanmar.

However, Asian Wings Airways’ website has been stripped of all content, although the various homepage tabs remain. Even the contact section of the website is empty and the booking engine returns the message “no flights available.”

If it is still flying, as its PR director claims, it is not picking up any bookings from its website.

Eleven Myanmar quoted the Department of Civil Aviation deputy director general, Ye Htut Aung saying: “It is true that Air Bagan and Apex Air have returned their air operator’s certificates (AOC). The rest have not turned them in yet.”

FMI Air suspended all of its services on July 20 after six years operating domestic flights.

A company spokesperson confirmed the decision claiming it was due to unrelenting and unrealistic cost pressures on Myanmar’s domestic aviation industry.

Apex Airlines was also identified by local media and the DCA for suspending all of its services, but the airline’s website offers a glimmer of hope as its booking engine continues to function although it returns the message “no available flights”. Website content has not been scrubbed, but it omits to say why passengers cannot locate any bookable flights.

To complete the picture Air Mandalay is still operating services, although a check of its website showed that it was not taking bookings for flights from Yangon to Tachilek and Myitkyina in August.

Myanmar National Airlines, the country’s national carrier, launched a new service linking Yangon and Phuket in March and within two months dropped the service claiming traffic was insufficient. It hopes to reinstate the twice-weekly service this October.

The problems reflect the state of aviation in Myanmar where there are far too many airlines to serve a market of 3 million domestic passengers and no more than 400,000 foreign tourists.

Domestic airfares are among the most expensive in the region blamed mainly on high fuel costs and government taxes.