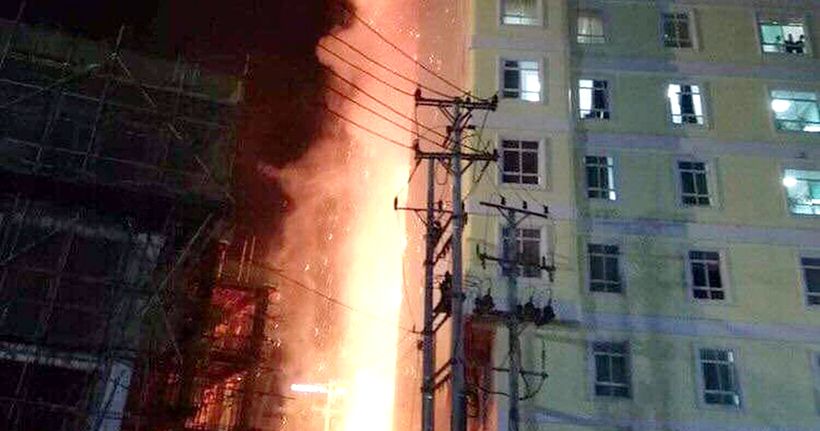 A fire which broke out in an building in Poipet, Cambodia on Monday night, saw Thai fire trucks and rescue workers from the bordering town of Aranyaprathet, cross the border to help put out the fire.

Poipet is a Cambodian town well known for its various casinos, which caters to Chinese and Thai gamblers. Poipet is located about 5 kilometres from the Thai border.

Reports are varied with some claiming the fire broke out in the casino while, others say that it was the office building next to the casino which was involved.

The radio centre in Aranyaprathet was contacted by Cambodian officials in Poipet around 10pm Monday night calling for help to fight the fire at the building.

The fire quickly spread from the ground floor to the tenth floor, and although a hundred people were inside the building at the time, reports are saying some six to ten people were injured.

No Thais were injured in the fire.