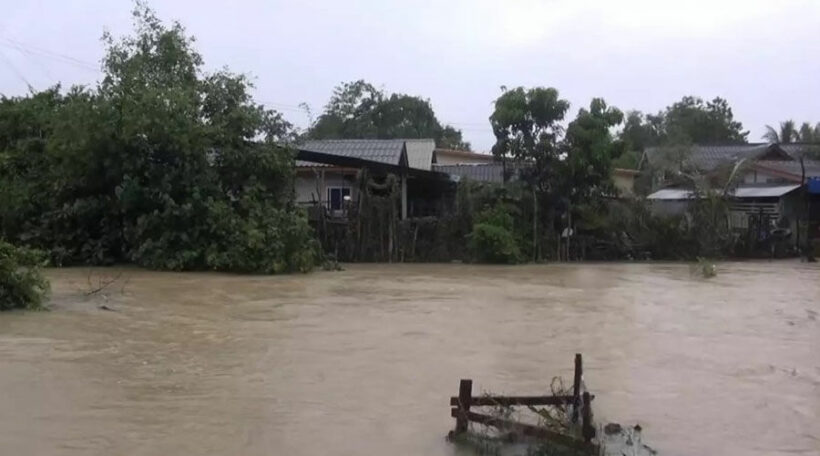 Heavy flooding in the south of the country has killed 7 people, while many others have been injured. The worst of the flooding, which has affected 9 provinces, is in Nakhon Si Thammarat, which has had over 6 days of persistent rain. In total, the floods have affected over 261,000 households and tens of thousands of people, including a 14-month-old baby, who is in intensive care at a hospital in Nakhon Si Thammarat. Vast areas of land are submerged, with road and rail travel severely affected in places.

The Bangkok Post reports that in Nakhon Si Thammarat alone, 150,000 rai of farmland is under water, with over 12,000 rai of aquatic animal farms destroyed. In addition, farm animals have been left with almost nowhere to graze.

Nakhon Si Thammarat airport continues to remain open, with scheduled flights landing and taking off. However, smaller vehicles are unable to use some areas of the airport road, with military vehicles drafted in to take passengers to the airport.

The other southern provinces hit by heavy rainfall and flooding are Surat Thani, Phatthalung, Trang, Satun, Songkhla, Pattani, Yala and Narathiwat. Pithakpol Boonyamalik from the Public Health Ministry says emergency workers are helping flood victims and water levels are now beginning to stabilise. He adds that a clean-up operation and rebuilding work will begin in 3 to 4 days.

Anucha Nakasai from the PM’s office says the government has sent manpower and various resources to provide assistance and evacuate the flood victims. The Interior Ministry has ordered local officials to allocate funds to the rescue efforts in their areas, with immediate effect. The cost of the clean up, and how long it might take, is not known at this stage.