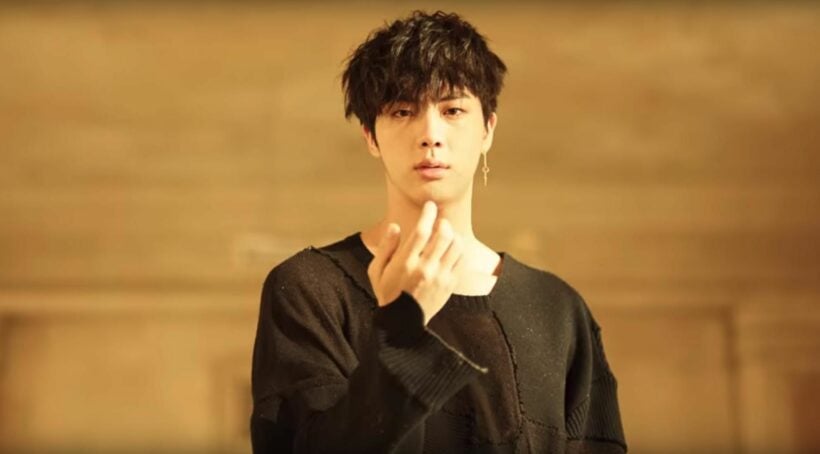 PHOTO: Kim Seok-jin hits the magic age of 28 today but will be able to serve with BTS for another 2 years, postponing his conscription into the South Korean Army.

Many countries still have compulsory military conscription, where young men, usually, are enlisted to serve under their country’s military services. Thailand has it, so does Singapore, Myanmar and Cambodia in our immediate sphere. So does South Korea. That’s a problem for pop kings BTS.

Of course the 18 – 24 months becomes a disruption to your life and your career, but for men living in the countries with conscription it’s just an expectation. But if you’re part of the biggest and most successful pop band in the world at the moment being conscripted suddenly becomes a big deal.

And so it is for Kim Seok-jin, the oldest member of the South Korean mega pop outfit BTS, or Bangtan Sonyeondan. The oldest BTS member reaches the age of 28 today (by the way happy birthday Jin) and would have been expected to put his day of rehearsals and picking up music awards with the other members of BTS aside and enrol in the South Korean military.

Under the current South Korean laws for military conscription, all males, once they reach the age of 28, have to enlist for 20 – 24 months of service for the South Korean military. Remember, technically, South Korea is still at war with North Korea.

So able-bodied men in South Korea are required to enlist and serve 2 years of compulsory military service from the ages of 18 to 30.

In the past, when asked about the thorny issue of the military service interrupting the rise and rise of the BTS brand, Jin always humbly answered…

“As a Korean, it’s natural. And some day, when duty calls, we’ll be ready to respond and do our best. It’s something all the members often talk about, and all of us plan to accept military service.”

The other members of BTS have always echoed Jin’s comments acknowledging the expectation that they would be, above all, young South Korean men and serve their time with the country’s military. 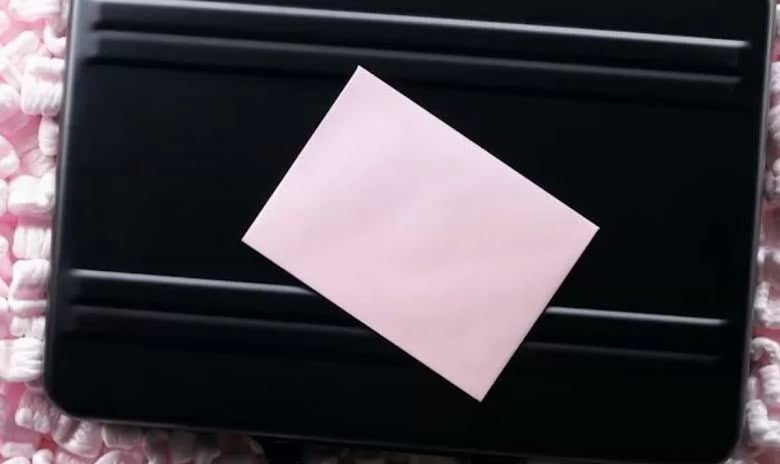 PHOTO: Jin with the rest of BTS – from the left: V, Suga, Jin, Jungkook, RM, Jimin and J-Hope.

But there’s been exemptions in place for decades for sportspeople to dodge the military service but it didn’t cover ‘idols’, the K-Pop superstars, no matter how big they were in Korea or, like BTS, around the world.

So the South Korean parliament has just passed an exemption which will allow Jin, and the other 6 members as they also notch up their birthdays, to defer their enlistment for 2 years. In Jin’s case this means he will have another 2 years to work with BTS who, by all accounts, are still peaking in the world of pop music. Fans, universally, have opined that BTS is 7 members and would not be the same without Jin, or any other member for that matter.

The impact of BTS has been extraordinary, and has reached far beyond the shores of South Korea to become the biggest South Korean brand in the world… stand aside Samsung, Hyundai and LG. Just this week BTS has the #1 and #3 spot in the Billboard Hot 100 singles chart AND the #1 spot in the Hot 200 Album chart with their latest release ‘Be’, their second album release for a ‘disrupted’ 2020. Their 35-date, 17-venue stadium tour, set to tour the world from April this year, had to be shelved. It had already been sold out, in some cases, in minutes when tickets became available.

(BTS did mount an elaborate online concert which sold 913,000 tickets for the 2-day event in October, called ‘BTS Map of the Soul ON:E’.)

BTS are the hottest ticket in town right now. So were South Korean politicians be responsible for putting and end to the BTS dream? And then there was the value to the South Korean economy of BTS as an economic engine for the country. The Hyundai Research Institute reported that BTS generates an estimated amount of 4 trillion Korean won (US$3.54 billion) as direct economic value to South Korea per year and 1.42 trillion won (US$1.26 billion) as added value per year.

More recently, the success of their first US Billboard Number 1 ‘Dynamite’ has generated US$1.5 billion for the South Korean economy.

The amendment to the South Korean Military Service Act now states that if an artist has made a positive impact on South Korea’s reputation, then they can defer their enlistment by 2 years. This delay, however, can only come on the recommendation of the cultural minister. This means that Jin can now wait until he is 30 to enrol into military service. Same goes for the other members of BTS, by invitation from the country’s cultural minister.

Back in August, BTS released their first full-length English-language song, ‘Dynamite’ which has become the world’s summer bop at a time we all needed an uplifting song. ‘Dynamite1 debuted at Number on the US Billboard Hot 100 chart, which made BTS the first South Korean act to top the chart. It also became the fastest rising YouTube video clip ever uploaded, 101.1 million clicks in 24 hours.

‘Dynamite’ is also the band’s first number one single in the US, although the group has already scored 4 Number 1 albums on the Billboard Hot 200 Album Chart, singing almost exclusively in Korean! In 2018/2018 they scored 3 consecutive Number 1 albums in the same 1 month period. The only other band to reach that record? The Beatles.

All this started talks in the South Korean parliament about creating a deferral for military service if the contributions to South Korea’s global reputation was great enough. The amendment passed just in time.

In the BTS universe, Jin, aka. ‘Third Guy From The Left’, ‘Car Door Guy’ and ‘World Wide Handsome’, has also been the group’s emotional glue, in-house cook and the oldest ‘Hyung’. The role of the Hyung, the older brother, or elder person, is considered an important role in South Korean culture. And it’s been a responsibility Jin has taken on seriously as part of the group since they started training in 2011 and then since their debut in June 2013.

BTS, and Jin, are likely relieved to have another 2 years to continue their journey into the annals of pop history, not only in South Korea, and Asia, but the rest of the world as well, including the white-washed US pop industry.

“Shining through the city with a little funk and soul, Light it up like dynamite”

BTS, put together a performance for the James Cordon Late Late Show of their latest hit, even recreating his host set for the shoot… and rented a jet! 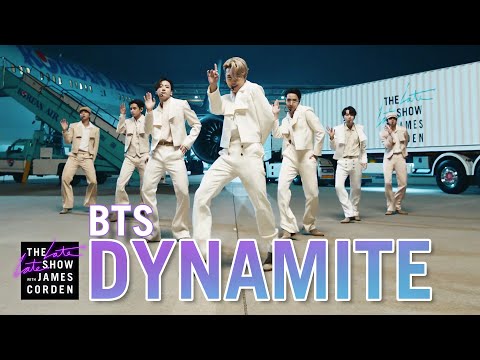