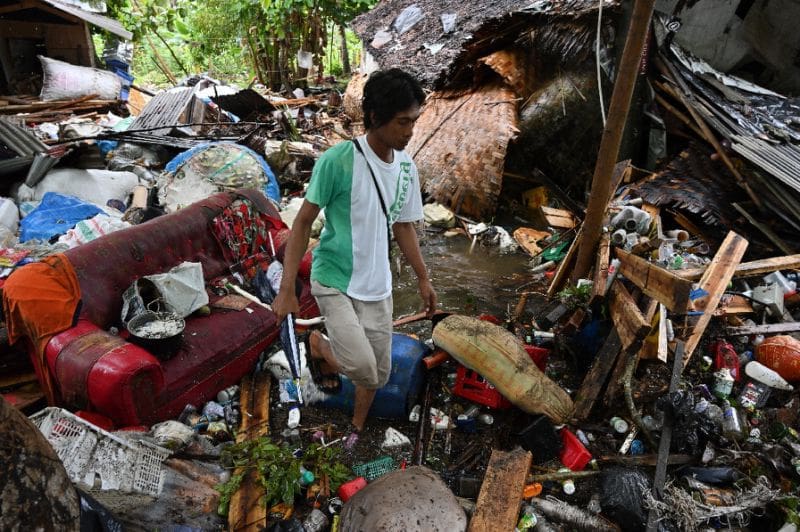 Asep Sunaria says he heard a loud “whoosh” just moments before a wall of water pushed him off his motorbike. The surging waters swallowed up his house and the village he called home until the Saturday night calamity.

new.yahoo.com reports that rescuers hunted for survivors of the volcano-triggered tsunami that killed at least 281 people along Indonesia’s coast. At the same time, 42-year-old Sunaria was trying to come to grips with a disaster that struck without warning.

“The water came from over there with a sound like the wind — ‘whoosh’,” he recounted to AFP.

“I was shocked. I didn’t expect it at all — there was no warning … At first I thought it was just a tidal wave but the water rose so high.”

He and his family sprinted from Sukarame village to higher ground, leaving them with only the clothes on their back.

Some villagers perished when the powerful tsunami struck on Saturday night, sweeping over popular beaches of southern Sumatra and the western tip of Java and inundating tourist hotels and coastal settlements.

Meanwhile, the spokesman for the National Disaster Management Agency, Sutopo Purwo Nugroho, told a news conference that another tsunami is a possibility because of the continued volcanic eruptions of Anak Krakatau.