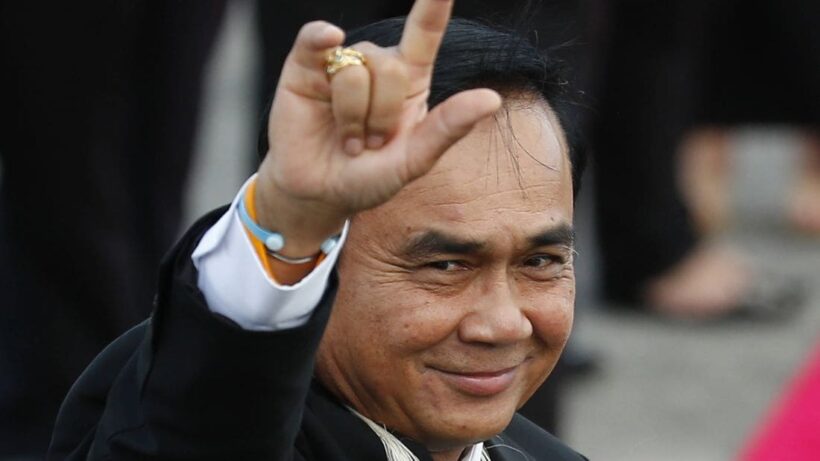 The Thai PM and the recently formed pro-junta political party are on the defensive as the chains are off other parties criticising them in the lead up to next year’s election.

A Government Spokesman, Buddhipong Punnakanta, has been wheeled out to speak to the media over the allegations made by a former Cabinet member citing the Junta chief’s indecisiveness, aggressiveness and lack of manners.

The PM has been forced to react to comments made by his former Cabinet member, Pridiyathorn Devakula.

“The prime minister rejects all forms of corruption and he has ordered strict punishment for any wrongdoings, regardless of the wrongdoers,” government spokesperson Buddhipong said.

“He is not affected by any attempts to malign him and is still determined to serve the country and the people.”

Pridiyathorn is a former governor of the Bank of Thailand who had served as deputy PM in charge of economic affairs in the Prayut government’s first Cabinet.

In a personal post yesterday, Pridiyathorn alleged that Phalang Pracharat Party was set up to pave the way for General Prayut to retain political power. He also accused the government of grabbing an unfair advantage over other political parties by wooing votes using the state budget and handout projects.

Pridiyathorn outlined eight reasons why he did not want General Prayut to return as prime minister after the election. He also mentioned that Prayut was once referred to as “a clown” by foreign media.

“He doesn’t like some people personally,” General Prawit said, adding that the dislike developed after Pridiyathorn left the post-coup government.

Meanwhile, the Election Commission (EC) is investigating allegations involving the pro-junta Phalang Pracharat regarding a recent fundraising dinner and the issuance of government welfare cards in exchange for party memberships.

EC secretary-general Jarungvith Phumma said yesterday that he expected the results of the investigation to be available within 30 to 60 days.

The election is scheduled for February 24 next year.

Political parties urged to push for lifting of media gag