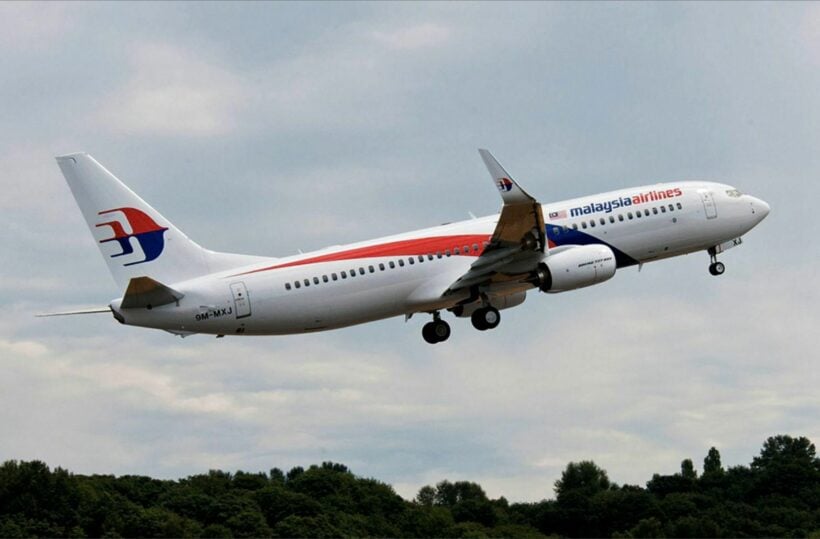 A mid-air incident in Asia is turning heads in the airline industry, after a Malaysia Airlines flight from capital KL to Borneo dipped its nose and dropped suddenly, allegedly flying erratically before turning back to Kuala Lumpur International Airport.

The incident happened last Sunday, but has only now come to light after passengers posted their stories on social media, prompting the airline to release a statement. They said the aircraft from KLIA turned back due to “technical issues” after encountering inclement weather along the route to Borneo island city of Tawau in Sabah. The aircraft in question was an 8 year old Boeing 737-800, the same model of aircraft that crashed in southern China last month, killing all 132 passengers and crew.

Flight MH2664 had reportedly been cruising at an altitude of 9,450 metres, when it took an unexpected dive, dropping more than 2,100 meters in a matter of seconds, before it was stabilised at 7,315 metres.

Meanwhile, an online flight radar tracker shows the plane dropping suddenly from 7,620 to 7,010m… a drop of 610 metres over just a 1 minute period. Passengers claim the entire terrifying incident lasted for about 10 minutes as the plane flew erratically.

Passenger Halimah Nasoha posted about her experience some 30 minutes into the mid-afternoon flight, saying many passengers panicked, screamed and some were crying as the aircraft lost altitude sharply…

“It was very frightening for many of us. I really felt like I was going to die… The flight was unstable. It went up and then went down. But, the first time it went downwards was the worst.”

“Preliminary data has shown correct responses by the operating crew following the issue onboard…. CAAM will continue to monitor the situation and will not compromise on any issues that might jeopardise the safety and security of airline operations and the public.”

He said CAAM had confirmed that following a technical issue experienced on board, Malaysia Airlines had submitted a “Mandatory Occurrence Report” regarding flight MH2664 from Kuala Lumpur to Tawau on Sunday. Since the incident, CAAM has been working with Malaysia Airlines to make sure they had addressed all aspects of technical safety, and observed the safety procedures and regulations, including pilot responses and airworthiness processes for the Boing 737-800.

Guest1
1 hour ago, Stardust said: Exactly. No design differences to the ng I am sorry to say, you obviously not even understanding, or reading, your/ the quotes, you are "answering" too.

KaptainRob
4 hours ago, Grumpish said: Rather than speculation, maybe better to wait for the report - and this time they have a bit more than some wreckage to go on. And it is not necessarily even a technical issue -… D-Boy
This article only exacerbates the occurrence.

Noble_Design
KUALA LUMPUR: The technical issue that caused a Malaysia Airlines Boeing-737-800 plane to dive suddenly and fly erratically was due to a malfunction to the pitot-static system, says the Civil Aviation Authority of Malaysia. https://www.thestar.com.my/news/nation/2022/04/11/technical-glitch--caused-plane-to-dive

Boeing’s China syndrome, big problems for the US aircraft manufacturer