The famous, or infamous, Phuket vegetarian street processions have started. Thais, expats and foreign tourists enjoyed watching some of the processions during this morning’s rain.

The festival is held until October 17 this year. This year’s Phuket Vegetarian Festival was announced in the Royal Thai Government Gazette as a ‘Phuket event of cultural heritage’.

Read more about the launch of this year’s vegetarian festival HERE.

There are many male and females who are spirit mediums or Ma Song joined in all the processions. Many weapons and tools, such as irons, knifes, saw and fishhooks have been used to pierce the faces and bodies of the ‘possessed’ Ma Song.

Enjoy the photos! Or look away… NOW. 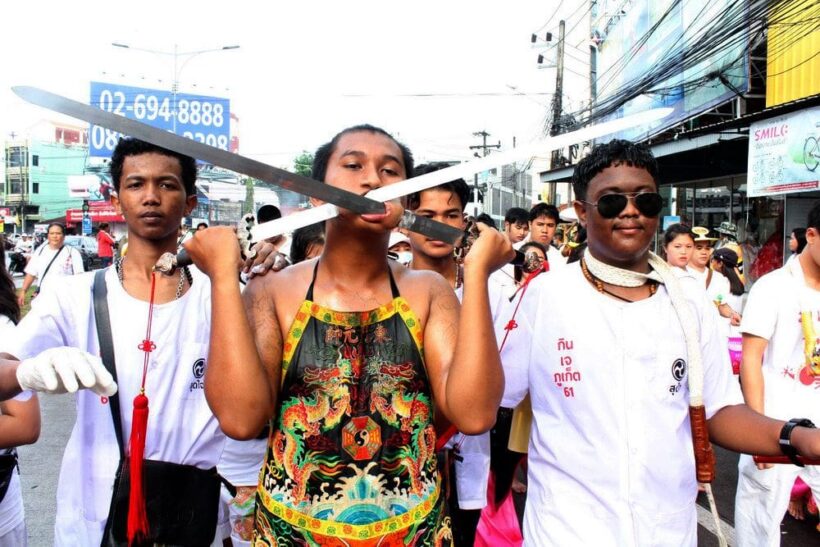 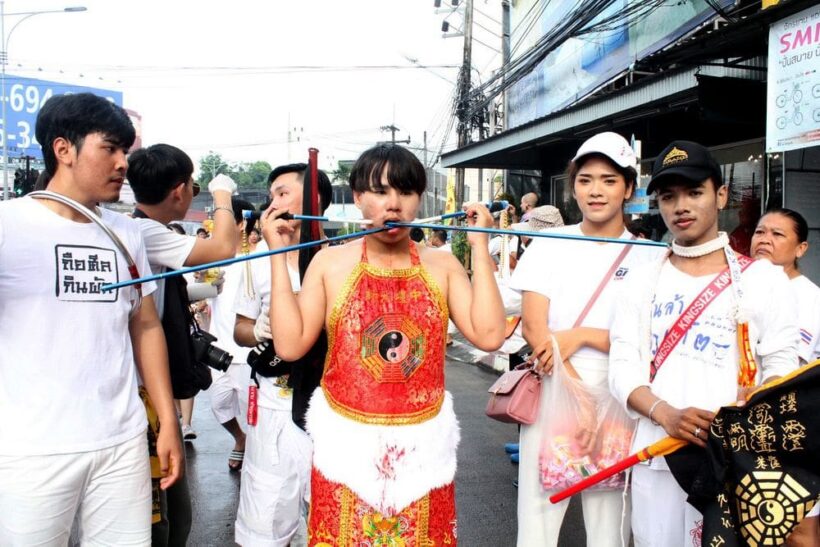 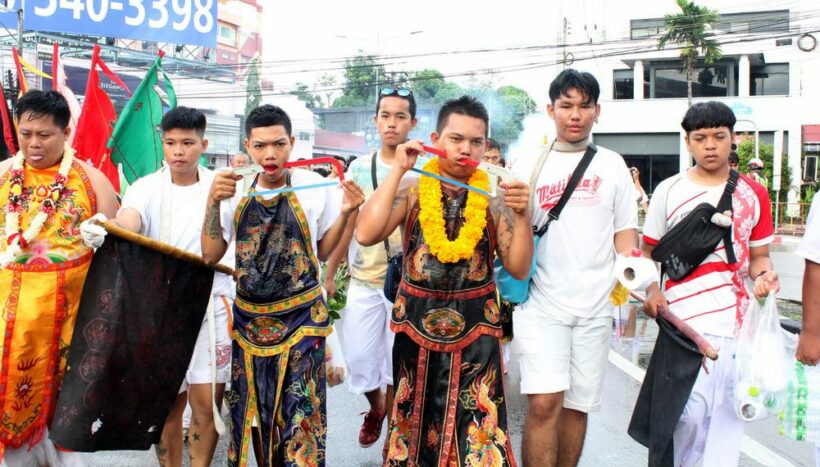 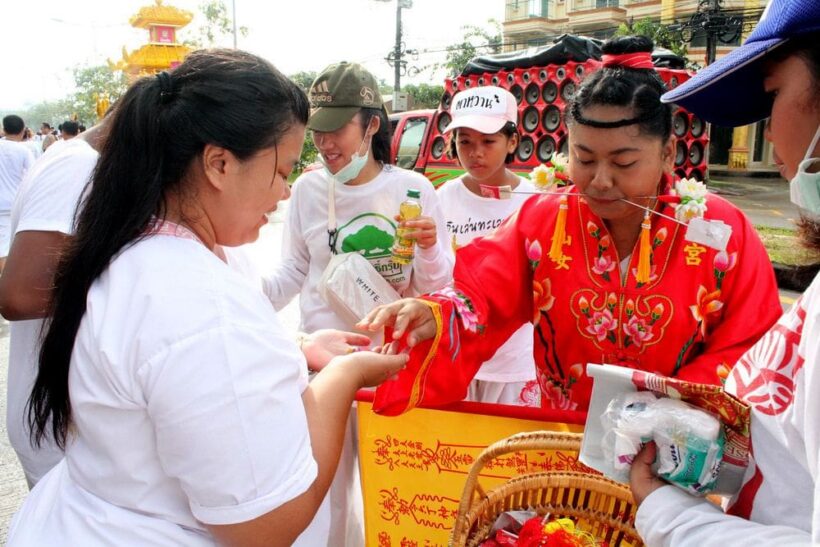 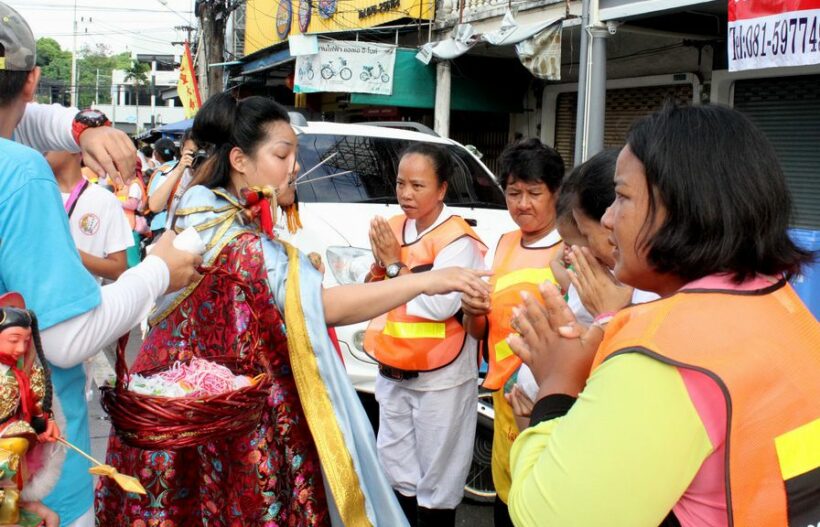 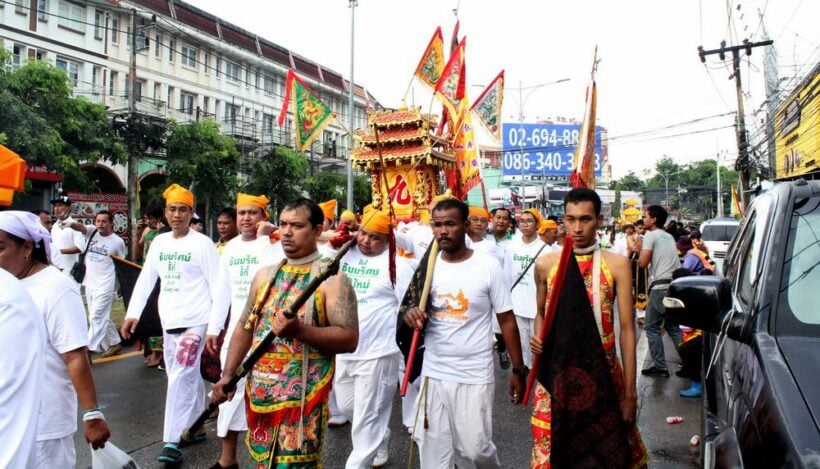 Pedestrian killed in Thalang after being struck by Mercedes Benz