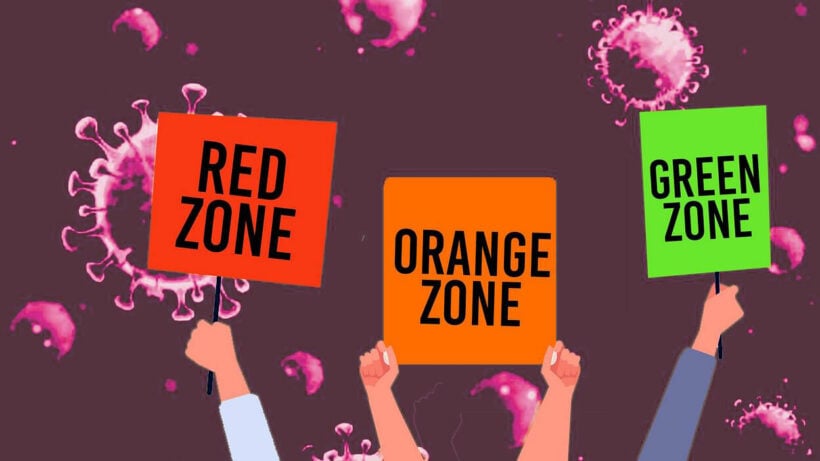 Which of the five coloured zones are you living in? A green zone? Red zone? Pale red zone? hat’s the difference and what’s open and what’s not? If you’re not in Samut Sakhon, the coastal province just south west of Bangkok, then some of the restrictions imposed by the CCSA have recently been lifted. Here’s a quick look at what’s open and what restrictions remain as of Friday, January 29. (Some local provincial exceptions will apply) 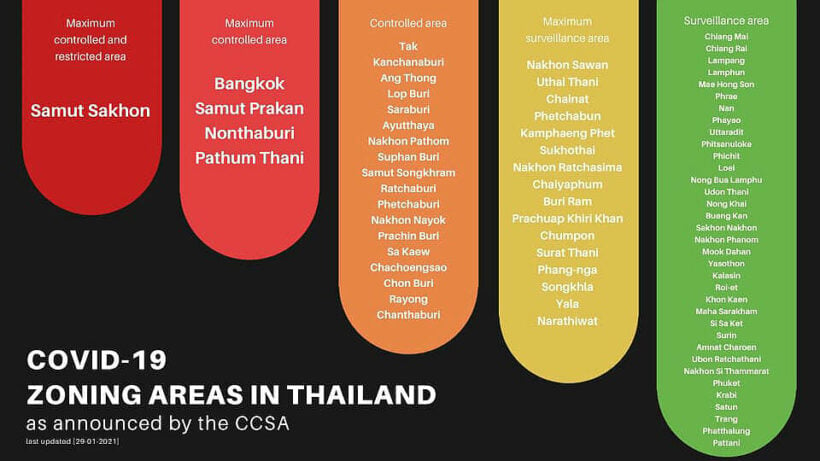 According to the list there’s a Red Zone for Samut Sakhon, called a Maximum Controlled and Restricted Area, and then the light Red Zone, called a Maximum Controlled Area. Previous Red Zones – Rayong, Chon Buri (including Pattaya) and Chanthaburi – have been downgraded to Orange Zones, aka. Controlled Area. Trat, previously a Red Zone, has disappeared off the map! (An omission – we understand Trat is now an Orange Zone). 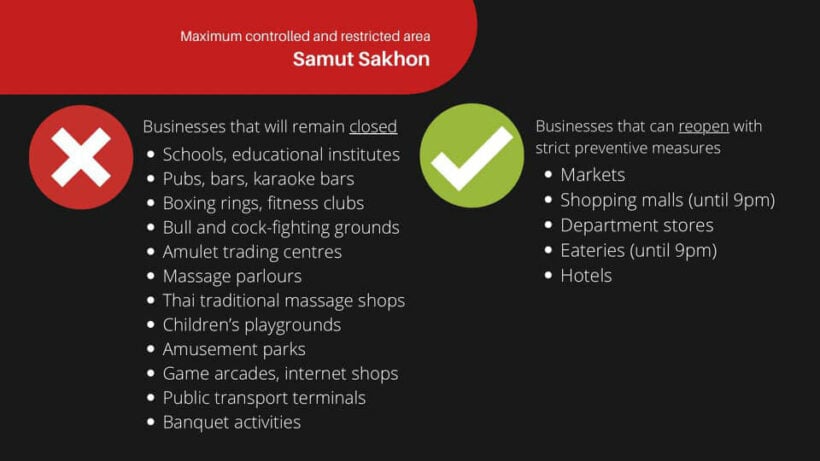 In Samut Sakhon, the epicentre of the latest outbreak around the seafood markets and coastal fishing ports, has the maximum current restrictions. Restaurants can currently stay open only until 9pm at the moment, markets and hotels are still allowed to open. 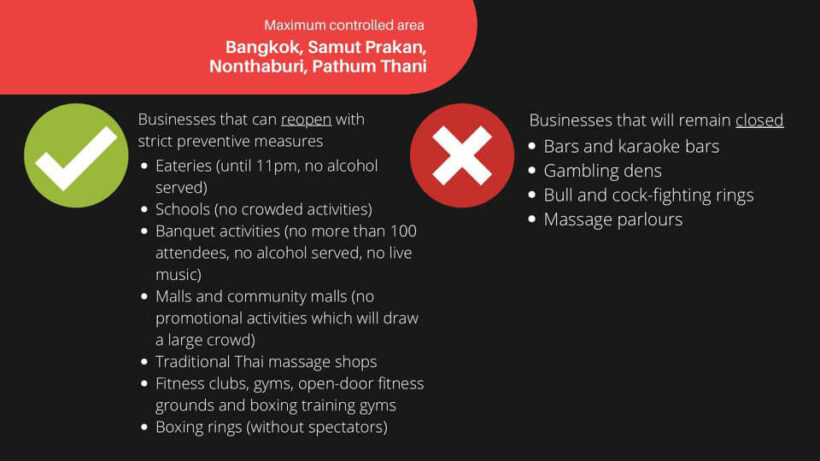 The ‘pale’ Red Zone includes Bangkok and now allows restaurants to stay open until 11pm but the serving of alcohol is still banned. Bars and karaoke bars are still required to remain closed. As is the ‘bull and cock-fighting rings’. Shopping Centres are being asked not to conduct promotional activities that would draw large crowds but are otherwise still open. The city’s schools are all open although some private institutions have decided to remain closed – check with your school to confirm. Gyms and boxing gyms are allowed to re-open. 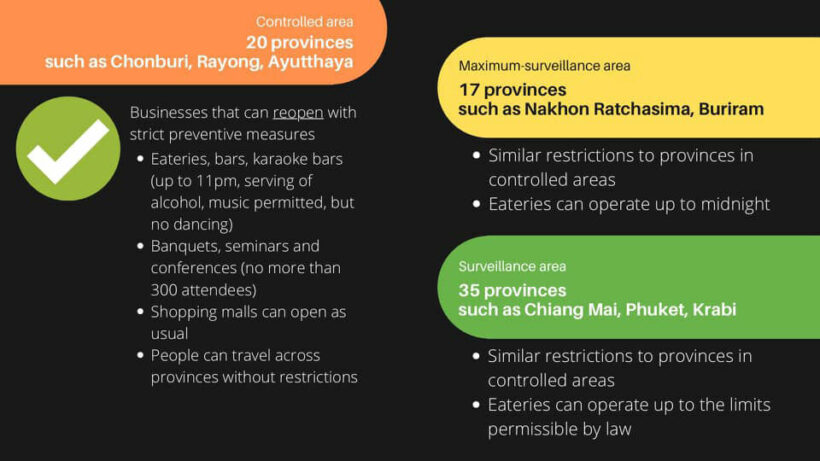 The Orange Zone includes Pattaya which now permits restaurants and bars to re-open until 11pm, including the serving of alcohol, but no dancing (damn!). Shopping Centres can open as per usual and residents in the Orange Zones are now allowed to travel across provincial borders again unhindered. All this will allow some of Pattaya’s entertainment establishments a sigh of relief as they were relying heavily on some weekend traffic from Bangkok to keep the wheels turning until the tourists are allowed back into the country.

The other 3 popular tourist zones of Chiang Mai, Krabi and Phuket have been in the Green Zone throughout the current month of restrictions and can operate much as they were before December last year. But domestic airlines have slashed their flights to these areas and the few flights remaining are asking higher fares than the pre-second wave prices.

Some of the provinces will still require you to carry the Mor Chana app on your phone and other provinces, eg. Phuket, have their bespoke websites to register where you are staying. If you don’t have a mobile phone the local officials usually just check you ID and ask a few questions about where you’ve been and get contact details if they need to get hold of you.

Of course, despite the latest list of eased restrictions and changes in the colour zoning, there will be some local variances and enforcement. Local provincial governments have been given the power to add additional restrictions in some cases.