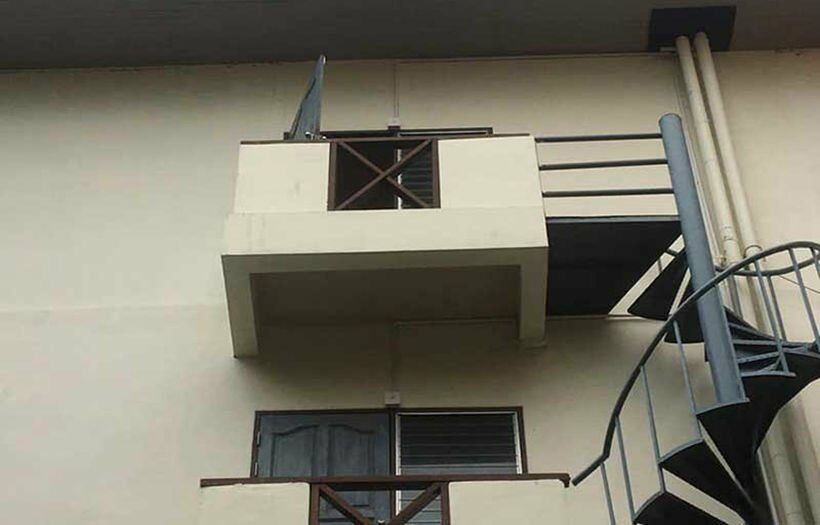 A Thai returnee from South Korea has reportedly committed suicide off the balcony of her quarantine facility in Bang Kapi today. The woman, whose name has been withheld, allegedly leaped to her death off of the 8th storey of the facility, with her body landing on the 2nd storey.

The 51 year old woman tested negative for the virus initially and was completing a 14 day quarantine in the unnamed facility, located on Soi Rama IX 31 in Bangkok.

Hua Mak Police say the woman departed on a repatriation flight from South Korea at 11pm last Thursday and checked in at the hotel at 1:52am on the same night for her mandatory 14 day quarantine.

Recently, Thai migrant workers in South Korea have been spotlighted after many have been found deceased under mysterious circumstances. According to the Thomson Reuters Foundation, at least 522 Thais have died in the past 5 years, many from “unknown causes” according to data collected from the Thai embassy in Seoul through a freedom of information request. The majority of recorded deaths, some 84% are migrants, who are less likely to report abuse or have access to healthcare.

It is not clear whether the woman who returned from South Korea was a migrant worker, nor was the reason for her return made public.