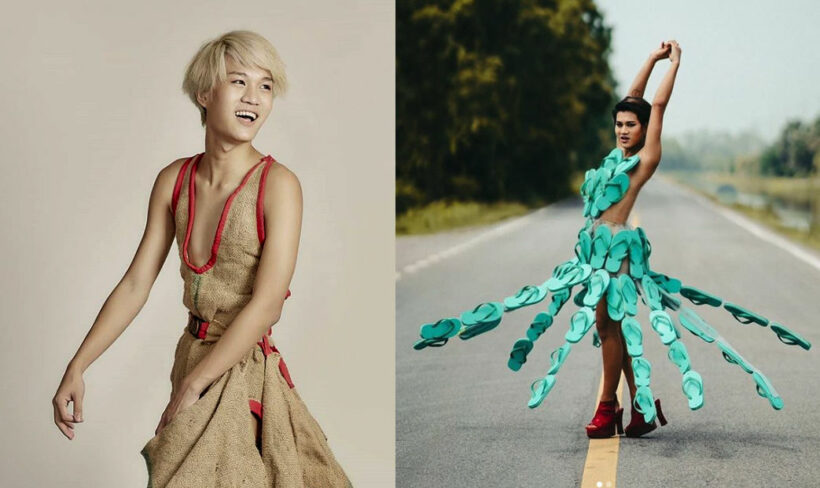 “He inspires others to challenge the norm, to break the mold, and to explore new and exciting possibilities.”

Apichet “Madaew’” Atirattana grew up among the rice fields in Thailand’s Isaan region. Growing up as a teenager anywhere is a challenge. But deciding to take your village trash and turning it into high-fashion was always going to turn heads. That’s what he did back in 2016 and the now-20 year old has millions of followers, crossing the boundaries of sexuality, style and recycling!

Three years ago he came to the attention of an international audience with his tattered fashion made from everyday stuff around the village.

“I want people to see that ugly things that don’t seem to go together can become something beautiful. And that looking good doesn’t depend on money.”

Before long TV talk and talent shows were knocking on Madaew’s door, and he even appeared as a guest designer on Asia’s Next Top Model.

Now he has a Chinese counterpart also coming to attention.

20 year old Lu Kaigang films his own catwalk shows in a village in Guangxi province, China. His creative self-designed ‘couture’ and fashion shows have attracting millions of followers online. He worked as a waiter in a restaurant and studied model shows to learn the ‘moves’.

Inspired by his favourite Victoria Secret models, he turns tarpaulins into couture coats and his mother’s rug into a runway show-stopper. Rubbish bins become accessories and an old air-con unit become a (rather large) handbag.

He has now become a full time blogger and is hoping to do some acting.

As you can see, anywhere in the village could become his runway.

Back in Thailand’s north-east, Madaew (who prefers to be known by the male pronoun), pays tribute to his parents for never trying to change who he was, letting him play with girls and dress up Barbie girls without feeling ashamed. And being fabulous! 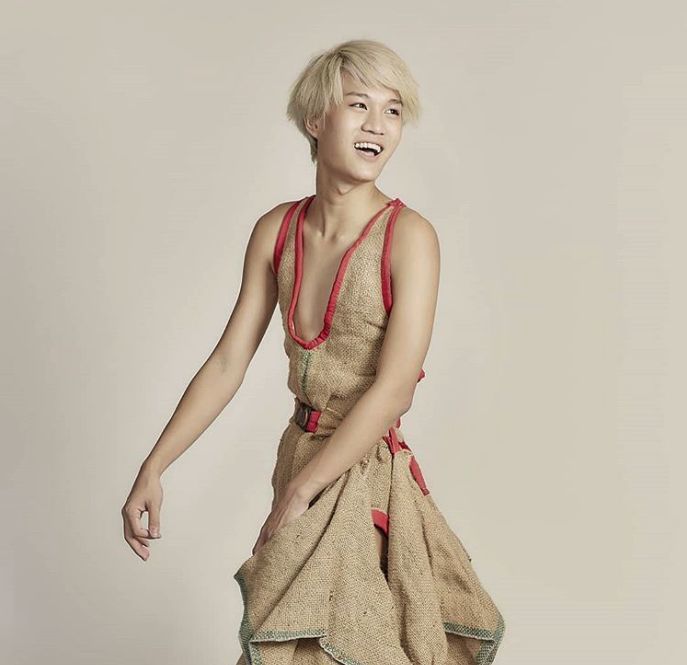 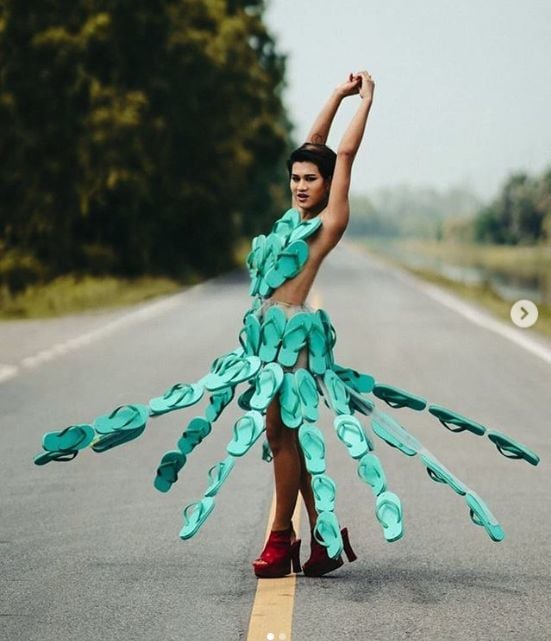 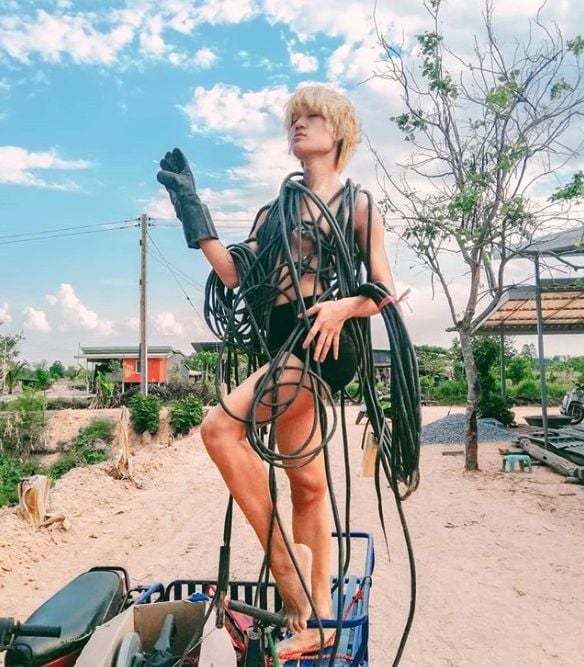 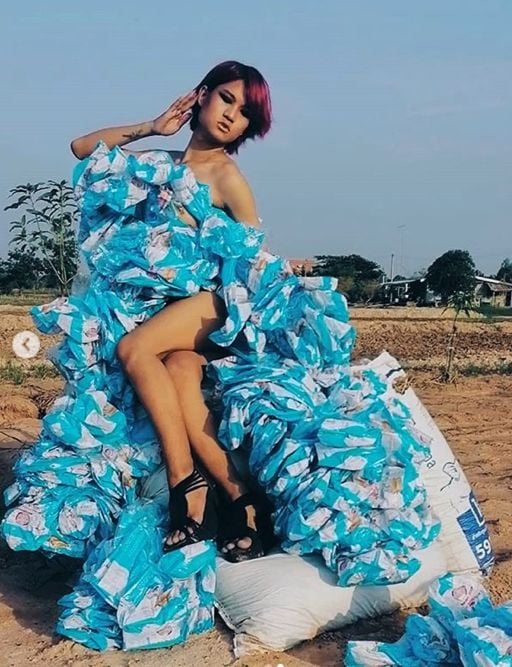