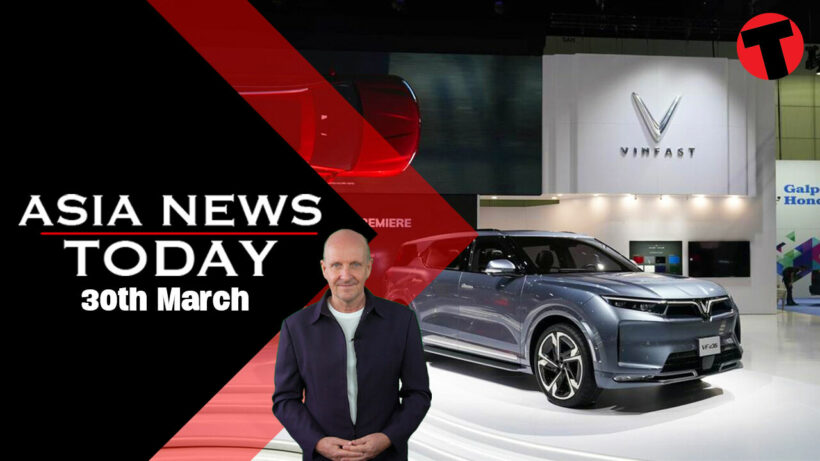 A mentally disabled man is now awaiting execution in Singapore after Singapore’s highest court rejected a final appeal by a man sentenced to death for drug trafficking. There’s been a concerted campaign over the man’s situation… his lawyers claiming that the trial violated international laws as the man has intellectual disabilities. Yesterday’s ruling ends all legal avenues to prevent his execution and supporters say he could be hanged within days at the notorious Changi Jail. The case has drawn international attention, with the United Nations, Malaysia’s PM and even British billionaire Richard Branson getting involved and putting the city-state’s zero-tolerance drug laws and capital punishment back under scrutiny. The 34-year-old Malaysian citizen was arrested back in 2009 for bringing 43 grams of heroin into Singapore. He was convicted and sentenced to death a year later… the mandatory sentence under Singapore’s draconian criminal code for drug offenses. Yesterday the convicted man’s lawyers said… “The Court of Appeal has just dismissed the application and considered the appeal an abuse of process and that international law does not apply. Nagaenthran who is mentally disabled is due to be hanged possibly in the next few days”.In his ruling, the Singaporean Chief Justice said there was “no admissible evidence showing any decline in the appellant’s mental condition after the commission of the offense”.”The case mounted by the appellant’s counsel was baseless and without merit, both as a matter of fact and law, “Anti-death penalty group Reprieve said the convicted man is now facing imminent execution unless he is pardoned by Singapore’s President.

North Korea’s much publicised long-range missile launch last week may have been just a modified version of a missile type they’d tested five years ago, not the newly developed type of intercontinental ballistic missile that Pyongyang claims they successfully fired. South Korean intelligence claims that North Korea’s claim was false, that it was a Hwasong-15 and not the newer, longer-range Hwasong-17. South Korea’s Joint Chiefs of Staff confirmed last week’s launch saying the missile flew 1080 kilometres at an altitude of 6,200 kilometres. Regardless of whether that missile was the new or old type, South Korean and Japanese military analysis confirmed the trajectory shows a considerable improvement in technology, and the range and scale of the ICBM could potentially reach New York or Washington. North Korea’s state television widely reported the launch through a 12 minute, highly theatrical video claiming the new missile would “mark the end to a self-imposed moratorium on testing long-range missiles since 2017” and “make the whole world aware of the power of our strategic armed forces once again.”Some video of the ‘film’ here…

Related Posts  Giraffe on the run after escaping from truck

South Korea’s latest daily COVID infections rose to over 424,000 this morning amid concerns over a continuing rise in seriously ill patients and deaths over the fast spread of the highly transmissible Omicron subvariant. The current caseload in South Korea is 12,774,956 people. The highest number of daily infections hit a peak on March 17 with 621,197. The country added 432 new COVID-related deaths today, the second-largest daily figure, but the fatality rate is still relatively low at 0.12 percent. But there are still 1,301 people in critical care, including artificial respiration at this time, that number staying over 1,000 for March. The even more transmissible BA.2, called the “stealth omicron” subvariant has become the dominant strain in South Korea and continues to spread fast.

The US is proposing forging a crucial semiconductor industry alliance between the US, Taiwan, South Korea and Japan. The move is to prevent China from gaining further dominance over the strategic semiconductor sector. But South Korea isn’t fully on board at this time with the current idea proposed by the US. According to Business Korea… Cooperation with the US is the top priority, and yet the biggest market (China) is also of paramount importance. According to the article, the South Korean government is reluctant to jeopardise the operations of South Korean chipmakers like Samsung who retain a core manufacturing infrastructure in China, with an estimated 40% of all their flash memory and semi-conductors still coming out of China. Meanwhile, China is waging economic warfare as they try and acquire Taiwan’s semiconductor industries, home to the world leaders in the semiconductor industry. The Taiwanese government is accusing China of waging economic warfare against Taiwan’s tech sector by stealing technology and poaching skilled engineers, according to the report.

Here’s a manufacturing switcharoo…. Vietnam’s automaker VinFast announced yesterday that it’s signed a preliminary deal to invest an initial US$2 billion to build a factory in North Carolina to manufacture electric buses, SUVs and batteries for EVs.Part of the conglomerate Vingroup, it says it plans a total investment of US $4 billion in its first US factory complex. Construction will begin this year as soon as the company gets the necessary permits, and is expected to finish by July 2024. The plant’s initial capacity will be 150,000 units per year. The Vingroup vice-chair and VinFast Global CEO said “yesterday…. With a manufacturing facility right in the US, VinFast can stabilise prices and shorten product delivery time, making our EVs more accessible to customers.VinFast is now taking orders globally for two electric SUVs intending to begin delivering them by the end of this year.

China is warning the Philippines against “interfering” with its coast guard patrols at Panatag, saying the shoal and its waters are part of Chinese territory. The Philippine Coast Guard reported last week, as we did here on ANT, that a Chinese Coast Guard vessel came dangerously close to one of its patrol ships near the shoal in what the Philippines call…. “close distance maneuvering. That incident happened back on March 2. Using the Chinese name for the shoal, the Chinese Foreign Ministry spokesperson told reporters in Beijing that it was China’s “inherent territory.”The Shoal is about 200 kilometres west of the Philippines and about 300 kilometres away from the capital Manila, a lot closer to the Philippines than it is to China. The spokesperson claimed… We hope that the Philippine ships will earnestly abide by China’s domestic law and international law, and avoid interfering with the patrol and law enforcement of the China Coast Guard in the above-mentioned water. The Philippines government is rejecting any claims of China over what it claims as its territorial waters in the South China Sea.

DoUKnowWhoIAm
1 hour ago, Thaiger said: A TCT poll that surveyed 200 overseas travellers found that 71% agreed the process around the PCR test on arrival is cumbersome. Ridiculous, you don't need a poll to conclude that PCR test on arrival…