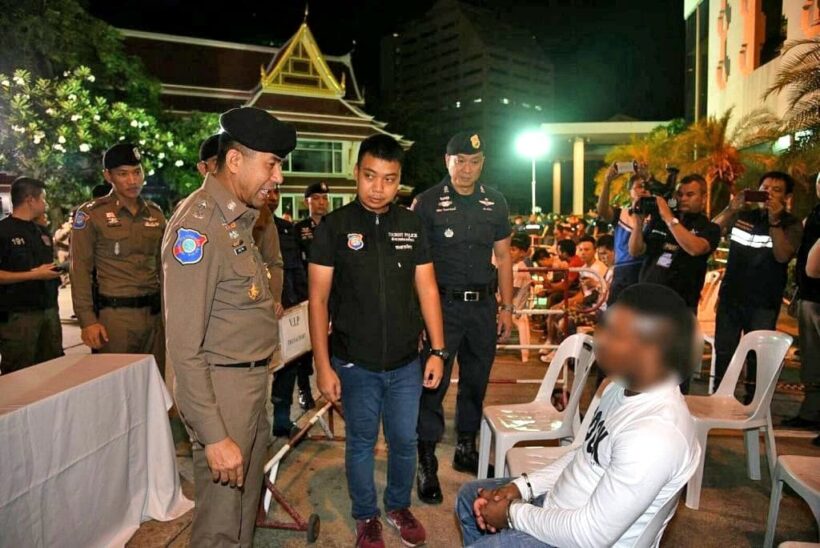 Pol Maj Gen Surachate Hakparn is vowing to track down and deport of 7,000 overstaying foreigners by the end of this month.

Surachate made the commitment in one of his early morning (2.30am) media pack briefings at the Montien Hotel on Surawong Road in Bangkok’s Bang Rak district.

He addressed reporters to announce the results of his 37th “Operation X-Ray Outlaw Foreigners” in which he had dispatched police to 265 locations around the country the day before. The targeted places included tourist destinations, language schools and private schools.

He reported that 700 foreigners had been arrested in the latest crackdown. Of these, police found that 247 had sneaked into the country without a visa, 104 were overstayers and 349 had failed to report their residential addresses or violated the alien business law.

Immigration police and tourist police have so far checked 5,071 spots around the country and arrested 3,501 foreigners with either lapsed visas or no visas, according to Surachete.

He says he has been told that a further 7,000 foreigners were still in Thailand on expired visas and all would be deported by the end of October.

He also threatened legal action against any Thai employers who hired overstaying foreigners or those without visas at all.

He routinely chooses odd hours to announce the results of his weekly crackdowns.