UPDATE: We have been contacted by the Flight of the Gibbon management and assured that the popular zipline attraction is open again and sorted out from its previous problems. They have been open again since June 2019.

The ‘Flight of the Gibbon’ zipline ride in Chiang Mai has been ordered to temporarily shut down while an investigation continues into the death of a Canadian tourist on Saturday.

The Canadian tourist’s weight has been officially reported now as 122 kilograms after a lot of discussion in Thai media whether the man was over the 125 kilogram weight limit for the ride.

The 25 year old Canadian tourist, Donaldson Spencer Charles, fell to his death after safety lines allegedly broke on his zipline ride in Chiang Mai. He was traveling with a group, including his girlfriend, at the time. Initial investigations indicate that the young men fell shortly after launching off the treetop platform.

And Khaosod English reported yesterday that Chiang Mai’s Governor Supphachai Eiamsuwan has published the 25 year old Canadian tourist Spencer Donaldson’s weight as 122 kilograms. He was a resident of British Columbia.

No charges have yet been filed in the ongoing investigation.

Meanwhile, the management at the Flight of the Gibbon say they will take full responsibility and have offered extra compensation to the victim’s family, in addition to a 1 million baht insurance payout. At this stage their website is taking bookings and there is no mention of the incident.

Online, the tourist attraction claims it’s the “#1 zipline tour operator in Thailand,” and that it was established 12 years ago.

Flight of the Gibbon has been temporarily shut down before after three Israeli tourists were injured after colliding into one another and falling to the ground in 2016. 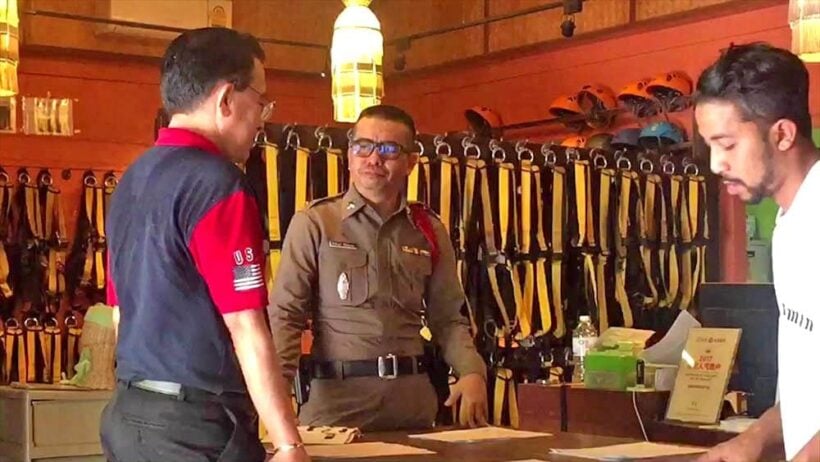