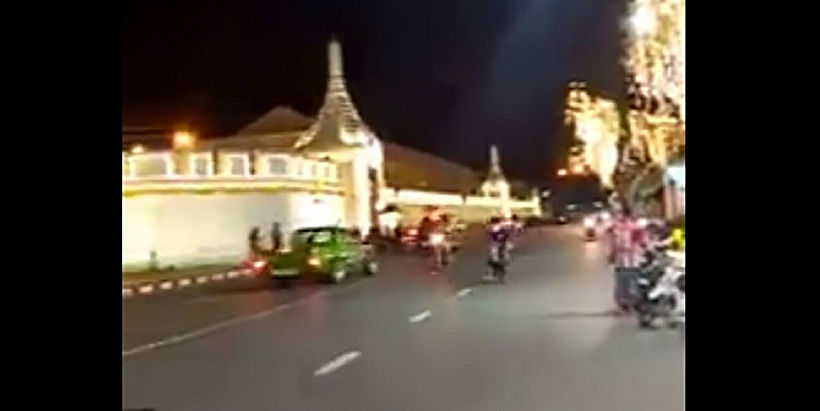 Bangkok police are looking for the teenage motorcyclists who organised a race outside the Grand Palace on Saturday night.

The racing had wrapped by the time police arrived, but surveillance cameras and videos posted on social media have provided enough clues for police to find who was involved.

Clips obtained by Nation TV were apparently taken by a bystander using a phone camera and may have been shared by one of the race organisers.
A police spokesman said officers from Chana Songkhram station were gathering video from surveillance cameras.

A senior policeman said this was the first time there had been motorcycle racing anywhere in the vicinity of the palace.

Pol Maj General Senit Samranruamkij said two teenagers seen in a video clip watching the race had been identified and already given a lecture. Two riders seen racing in the clip will be charged with reckless endangerment and street racing, he said.