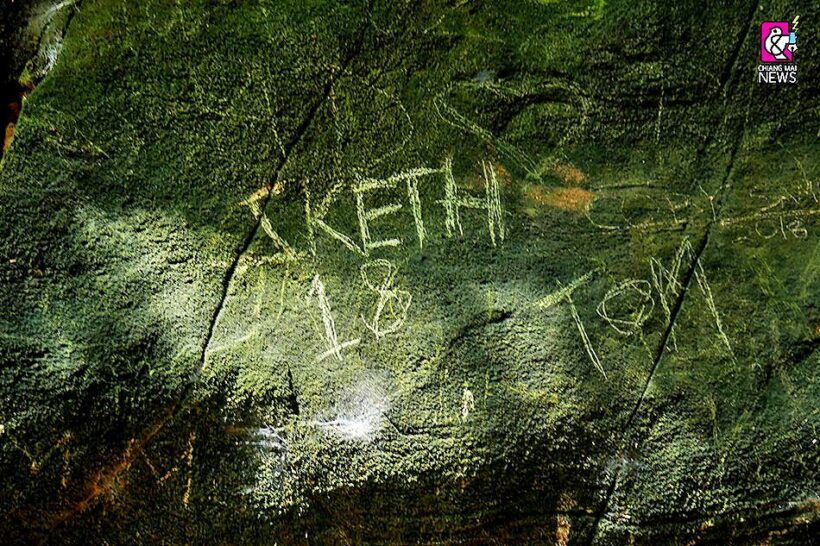 Chiang Mai authorities are trying to find the people responsible for graffiti in a Chiang Mai cave. Police are threatening to prosecute the offenders and seek jail terms for anyone who is caught.

Chiang Mai News is reporting that foreign names have been scratched in the walls of a cave at the Mok Fa waterfall in the Doi Suthep – Pui national park. Park authorities have sent a clear and unequivocal message to tourists – “Don’t graffiti or you’ll be jailed”.

Park officials admit that a lack of staff means they will find it difficult to find the perpetrators.

The names “Tom”, “Muns”, “Sam”, “Sian” and “Louise” are clearly visible on the cave walls along with other scribblings.

The latest damage in Chiang Mai comes after young people from Liverpool and Canada spray-painted a historic wall near the Tha Pae gate surrounding the old city area. 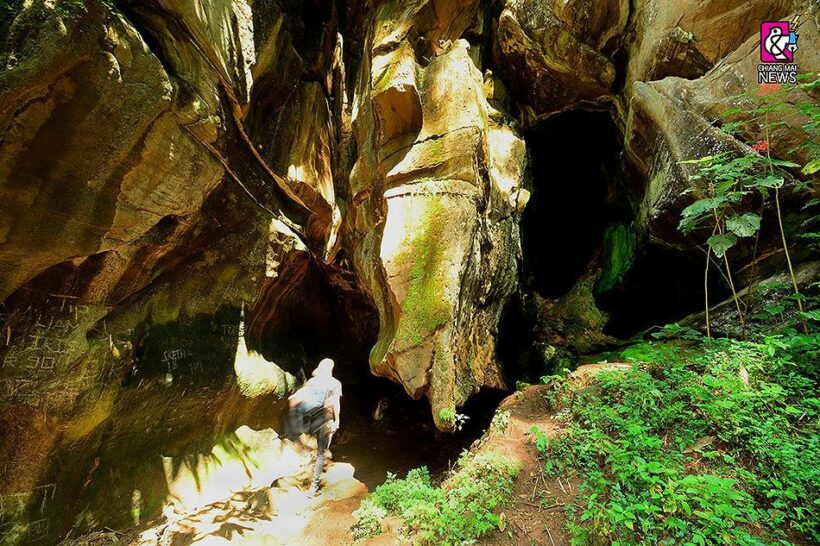 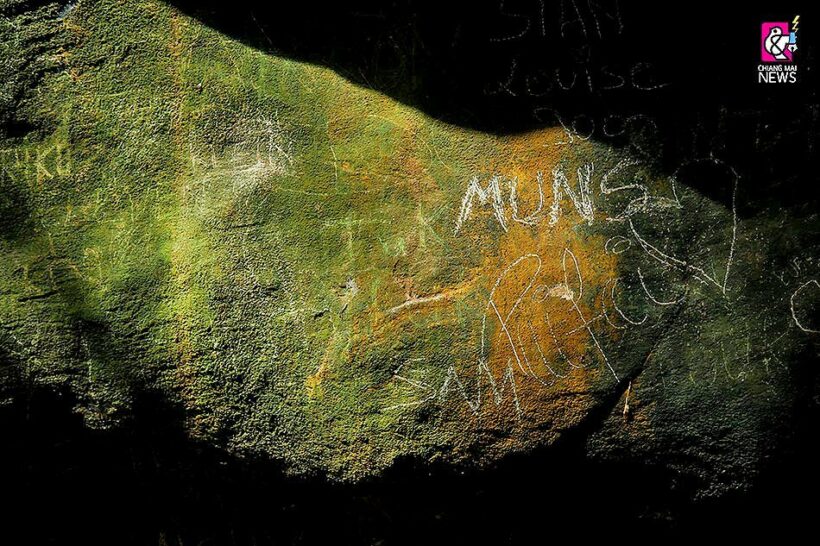