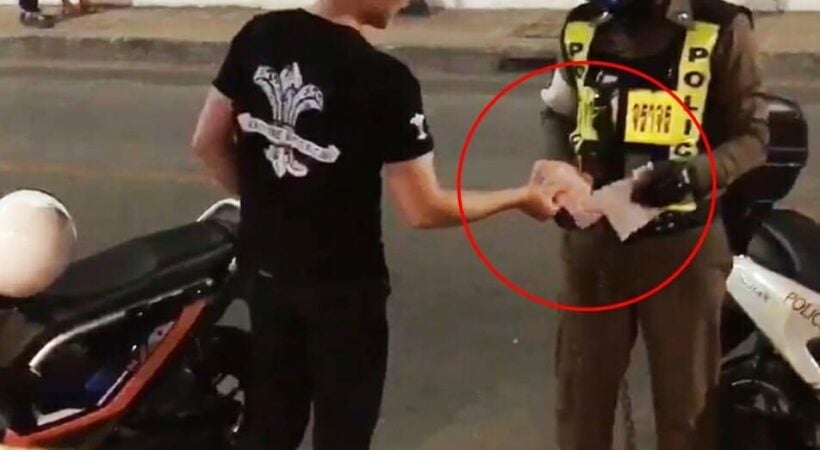 A Chiang Mai traffic policeman has been transferred “to inactive duties” (whatever that means) after allegedly being caught on a Facebook post accepting a 200 baht bribe from a Chinese tourist. The tourists’s motorcycle had been locked up for parking illegally.

The post appears to show the policeman pocketing the 200 baht and then unlocking the tourist’s bike on Phra Pokklao Road in front of Wat Chedi Luang Worawiharn.

The policeman didn’t write out a receipt for the cash, leading Facebook commenters presuming it could have been a bribe.

Pol Lt Col Supachai Chantra, an inspector in Chiang Mai police traffic control, has declined to identify the policeman in the video, but says the traffic police chief had ordered him transferred to an inactive post pending an investigation.

Supachai confirmed that officers shouldn’t be collecting fines on the spot after 6pm. This incident happened around 10pm.

“The procedure is for violators of downtown parking laws caught before 6pm to pay their fines promptly, and after 6 they get tickets and must pay the fine the next day. Only then are their vehicles unlocked.”