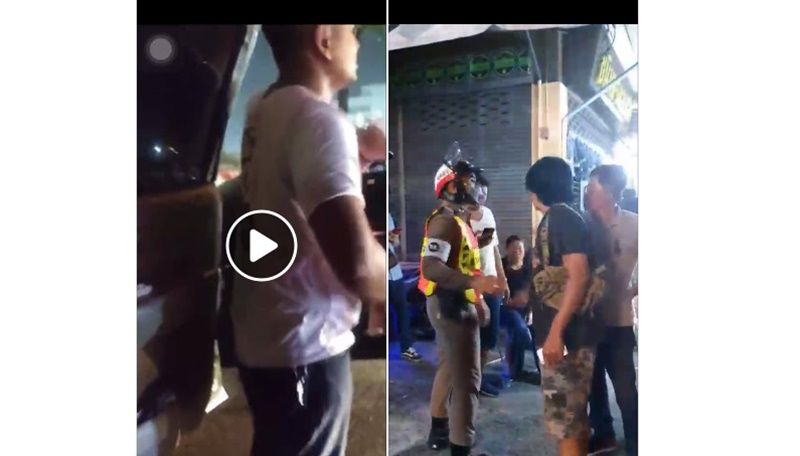 Another Thai tuk tuk driver has been caught out trying to defend his ‘turf’. Tuk Tuk driver Ek has been charged with assaulting a grab car driver after dropping off passengers in front of a mall on Ratchadapisek Road, Bangkok.

After the incident went viral online, Police Colonel Purit Jintranan invited both drivers for a talking at the Huai Khwang station, north of the Bangkok CBD.

After discussing the events, which occurred on March 11 and 12, Tuk Tuk driver Ek has now been charged with 4 different violations, including ‘kicking’ the Grab driver, and will be sent to prison today. However the Grab Car driver has asked the police to let Ek go and “forgive him”. He didn’t press charges. But police maintain that “there will be no mercy” and Ek will have to go to prison and investigate his legal options from there.

Admitting that he attacked the Grab car driver, Ek believes that the Grab drivers “are showing bad intentions towards local taxis and tuk tuks in the area”. He maintained that there are “no taxi mafias in the area” and was where he was consistently waiting for passengers. Ek said that he “wished that the other drivers acting as mafia in more developed areas (in town) would disappear because as a driver he is working a clean honest job just like the Grab drivers”.