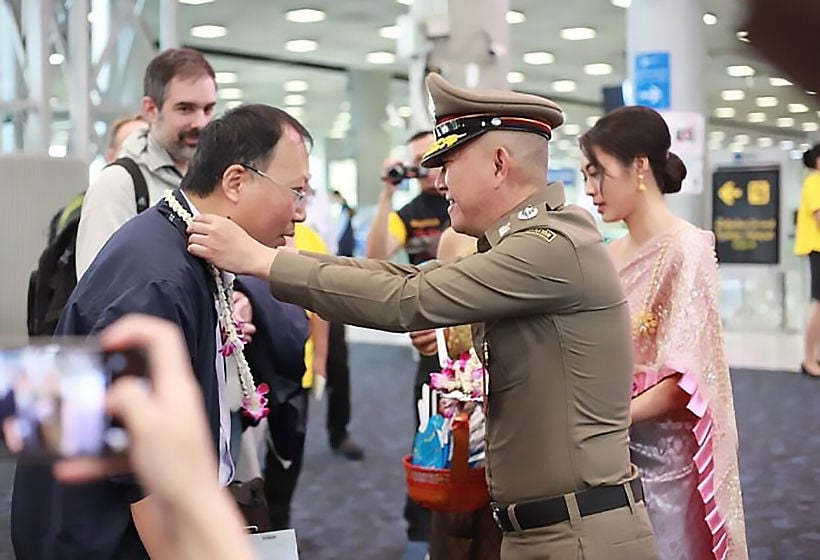 In yet another abrupt U- turn, the government yesterday withdrew its suspension of visa-on-arrival status for 22 countries and territories over the Covid-19 coronavirus outbreak, less than 24 hours after issuing the order, citing the “need for more research.”

In an urgent cabinet meeting, attended by PM Prayut Chan-o-cha, health minister Anutin Charnvirakul and foreign affairs minister Don Pramudwinai, it was agreed that the travel restriction must be delayed until a more informed decision can be made next week.

The reversal comes after government officials realised they cannot unilaterally cancel visa-on-arrival and visa-free status without consulting relevant governments. According to Chatri Anjananan, director of the Department of Consular Affairs:

“Bilateral agreements between each country have to be thoroughly examined. We still have to study the procedures first so we cannot conclude whether it will really be cancelled.”

Deputy immigration chief Cherngron Rimphadee says his department must wait for official orders to halt the visas on arrival “before taking any action.” He said in a phone interview that visas on arrival are still being handed out at airports as of today.

The latest about-face prompted former Future Forward Party spokeswoman Pannika Wanich to lash out at the government’s handling of the coronavirus response.

“All the problems we’ve had, from the Thai workers in quarantine from at-risk countries to contradictory information on masks, show that the government is illegitimate and inefficient in dealing with citizens’ problems. They are ill-equipped to handle the crisis. This [should] have been a time for them to show their skills.”

The situation regarding travel restrictions remains fluid, and conflicting information abounds; Stay tuned to The Thaiger for the latest updates.