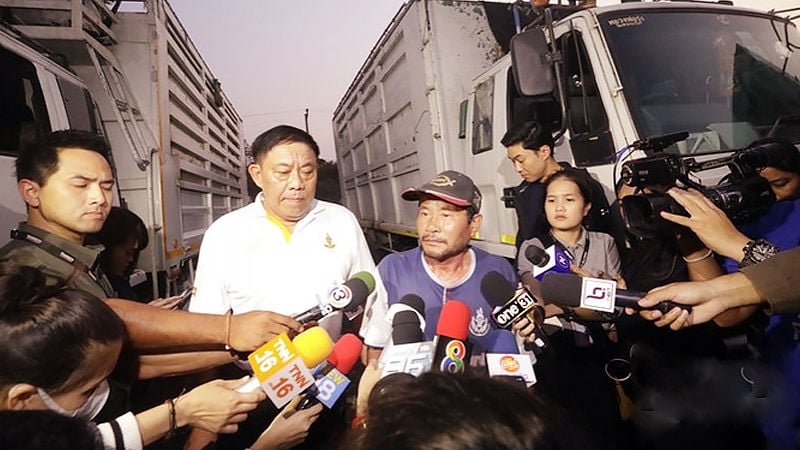 Go find your own garbage incinerator!

The governor says officials quietly watched on the activities of trucks at the facility for about a week before the Thursday raid. He told reporters city auditors became suspicious when they notised a spike of about 100,000 baht a day in the cost of trash disposal at the incinerator, which normally burns about 3,500 tonnes of garbage daily.

An investigation was launched and plainclothes officers went to the facility to observe, until it was confirmed that something was going on. Thai media report that administrators in the Tha Mai and Suan Luang subdistricts of Samut Sakhon hired a private contractor to dispose of garbage from their localities. The company then allegedly colluded with officials at Bangkok’s Nong Khaem incinerator to do the job.

Aswin says he suspects city officials were involved in the scam and promises an investigation, adding that a complaint will be filed with police to demand compensation from the owner of the rogue garbage trucks.