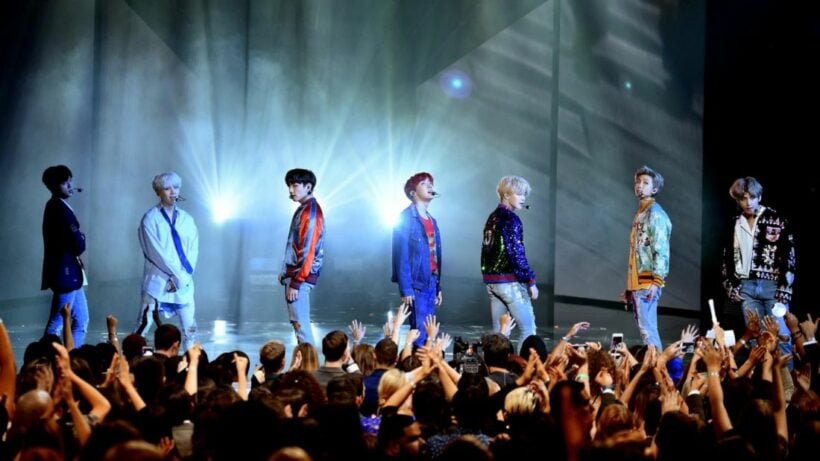 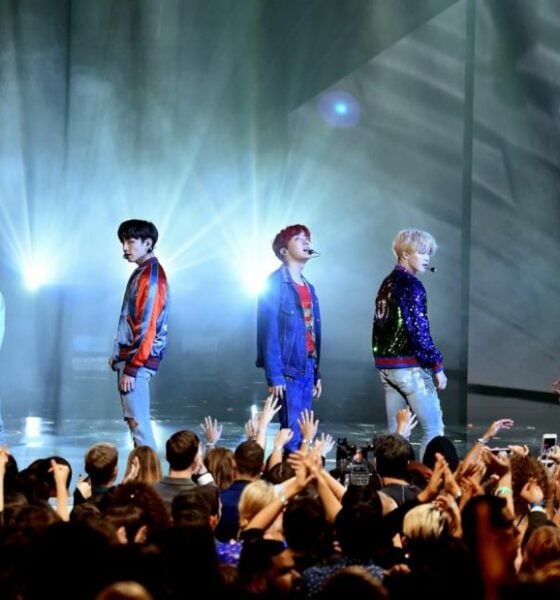 In a stark reflection in the massive changes in musical tastes, music business models and the spread of world music in the last 20 years, Bangkok has witnessed the passing of one boyband icon and welcomes the next frenzy, all within 10 days.

In both cases, Irish crooners Boyzone and South Korea’s BTS (Bangtan Seonyeondan) end their Asia tour of their latest concert tour. Boyzone members, in their 40s doing a farewell spin around the globe lapping up some residual love of their popular hits from the 90s. For BTS, the 20-something Koreans are on the rise and breaking records as they completely re-invent the music industry’s tired money-making model.

Boyzone’s farewell concert to Bangkok took to the stage minus one member. It was a slightly sad farewell to Bangkok  in their “Thank You & Goodnight Farewell World Tour 2019” – at Thunder Dome. Judging by the number of vacant seats both upstairs and down it wasn’t a commercial success and it lacked one of quartet’s powerful vocals after Keith Duffy fell sick and was rushed to hospital.

Ronan Keating, Mikey Graham and Shane Lynch gamely went ahead with the show as a trio. Boyzone’s lead singer Stephen Gately died in Spain back in 2009. 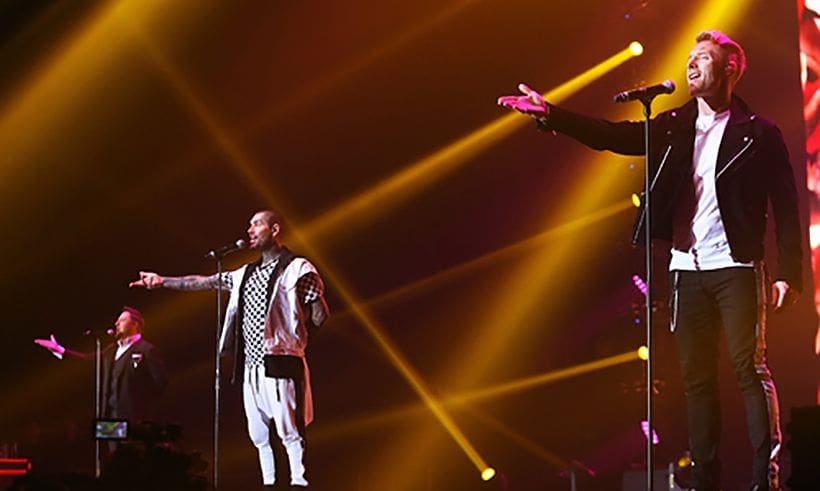 “Sawasdee khrub. Boyzone has been coming here since 1995, I think. You welcome Boyzone with open arms. You make me feel like I’m home. That’s why the band is here tonight to thank you for the last 25 years. Tonight, you’re going to hear songs from the last 25 years, the songs that you want to hear.”

Only Ronan Keating has stepped away from the group with a successful pop career post-Boyzone.

But this weekend BTS are performing two sell-out concerts at the Rajamangala Stadium in Bangkok, seating 50,000.

It’s the last part of their sell-out ‘Love Yourself’ world tour which has broken records as their music, mostly sung in Korean, has broken into western charts and seen the group nominated for two Billboard Music Awards next month – they’ve won two Billboard awards in the past.

The group’s seven members have taken the K-Pop genre, refined it, weaponised social media and broken Spotify, Apple Music and YouTube records along the way. Their concerts sell-out as soon as they’re announced.

So who the hell are BTS? For many music fans over 40 or so the band has snuck under the radar but built an enormous loyal fandom called ‘Army’. They debuted back in 2013 so they’re not an ‘overnight success’. As this video shows, it hasn’t always been easy.

At the American Music Awards last year, whilst there was polite applause and occasional fan screams for Ariana Grande, Dua Lipa, Cardi-B and Camilo Cabello when they entered the arena, the audience went completely crazy when RM, Suga, Jin, J-Hope, V, Jimin and Jungkook walked in. The American music industry bean-counters were wondering what the hell was going on. How could this Korean band have two #1 albums on the top of the Billboard 200 in one year?!? The group even handed out awards at this year’s Grammys. 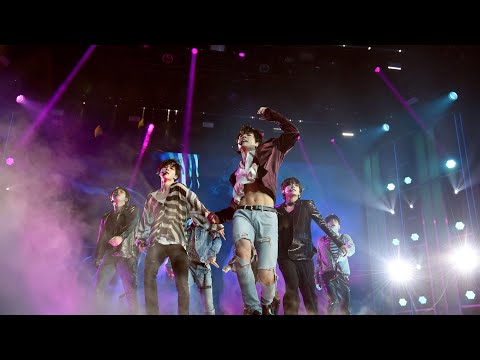 BTS perform their two final concerts in the ‘Love Yourself’ world tour, tonight and tomorrow night (April 6 and 7) ahead of the launch of their much-awaited ‘Persona – Map of the Soul’ album launched on April 12 and then followed up the next day with a performance on America’s Saturday Night Live program – a maker and breaker of music acts over the past 2 decades.

As of this month, Taylor Swift, Ed Sheeran and BTS each have three videos in the top 40 most-watched YouTube videos – the South Korean band is in good company.

Boyzone closed out their last concert in Bangkok with “Love Me for a Reason”, “No Matter What”, “Life Is A Rollercoaster” and “Picture of You”.

BTS will open tonight’s concert with ‘Idol’ as Bangkok witnesses a changing of the guard in pop music music this weekend.