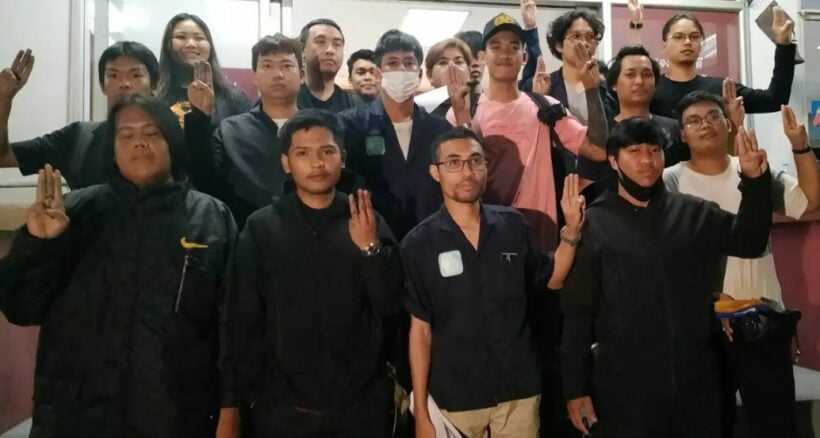 19 volunteer guards associated with the pro-democracy protests were arrested last night for allegedly stealing government property after they removed barbed wire that was partially blocking a pedestrian bridge in Bangkok’s Phaya Thai district. The barbed wire may have been left behind by authorities after protests in October.

The guards, known as WeVo, meaning “We Volunteer,” are associated with the pro-democracy movement. A group of around 200 pro-democracy protesters gathered in front of Phaya Thai police station following the arrests chanting “release our friends.”

“We also made the announcements on our social media channels to seek the owner of the wires but there was no response. Therefore we decided to come forward and collect them.”

Police arrived at the scene as the guards were collecting the barbed wire. Metro Police Bureau deputy commissioner Attawit Saiseub says officers asked the guards to stop and leave the barbed wire along the side of the road, but the guards refused and continued to remove the wire.