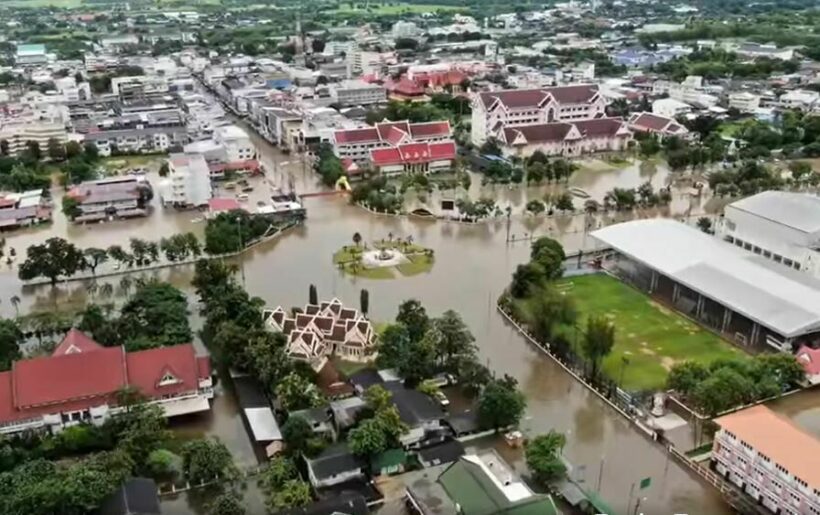 Get ready for more rain over the next week, just about everywhere around Thailand. Two large tropical storm systems are predicted to pass through Thailand early next week. The storms, named Lionrock and Kompasu, are anticipated to make landfall on Monday. The National Water Command Centre reports that the storms will affect the Northeast and Central regions of Thailand, but the effects also reach as far south as Phang Nga, Ranong and Phuket

Due to the repeated interactions between high and low air pressures, the second round of tropical storms is often worse, according to the centre’s deputy director and the secretary general of the Office of the National Water Resources, Surasee Kittimonthon. He said that the two departments will be closely monitoring the progress of the storms and says he believes that heavy rainfall in the Central and Northeast regions is likely.

Lionrock is currently situated between Hainan and the Vietnamese central coast and expected to make landfall on Sunday. Kompasu is still gaining strength east of The Philippines and won’t effect Thailand’s weather until later next week.

The Hydro-Informatics Institute described how they use their Weather Research and Forecasting, or WRF, and Regional Ocean Modelling System to track the development of the storms.

But 14 Central and Eastern regional provinces have been warned by the Department of Disaster Prevention and Mitigation to expect flash floods, landslides and dams overflowing. Flood warnings have been issued for a number of rivers in the area as well.

Bangkok governor Aswin Kwanmuang reports that the Royal Thai Navy has issued 12 water pushing boats to assist the Bangkok Metropolitan Administration in lowering the levels of the Chao Phraya River, due to expected major inflows from the sea once the storms hit.

gummy
8 minutes ago, Russell said: Well so much for "Lionrock" we didn't get one drop of rain in Khon Kaen. On the radar last night it covered the whole of the north east from the Laos border down to Udon…

ThailandRyan
We have had rain off and on all day here in BKK, not as heavy as a few storms the other day that rolled on through. Clouds pretty spotty now and the winds are starting to pick up so I…