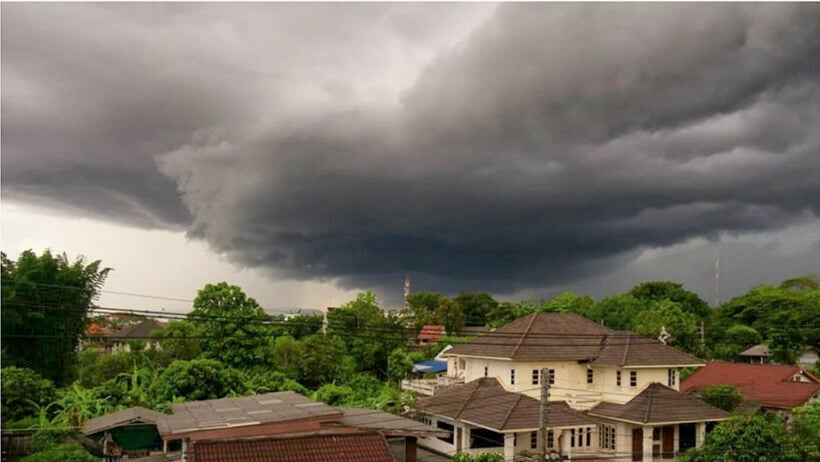 As Thailand continues to feel the effects of cyclone Amphan, officials in Bangkok and 62 of Thailand’s 76 provinces have been ordered to monitor for possibilities of flash flooding and other impacts until tomorrow, according to director-general of the Disaster Prevention and Mitigation Department.

Authorities say 223 households in Nan, Lampang, Kalasin, Surin, Amnat Charoen, and Uthai Thani have already suffered damage from thunderstorms influenced by the wider effects of the huge cyclone, which is centred to the west in the Bay of Bengal and heading north towards the Indian-Bangladeshi coastal areas (map below).

Rated as the Bay of Bengal’s fiercest storm this century, Amphan is bearing down on millions of people in eastern India and Bangladesh, with forecasts of a potentially devastating and deadly storm surge in the low-lying coastal areas.

Authorities continue to scramble to evacuate potentially millions away from the path of  Cyclone Amphan. The storm is the second “super cyclone” to form in the north-eastern Indian Ocean since records began.

The effects on Thailand’s weather are not direct but the size of the storm has intensified the south-west monsoon.

and 18 in the Northeast…

It also covers 15 provinces in the Central region…

Staff have been ordered to prepare for disasters in the eastern provinces and to monitor the weather around the clock, while local government agencies have been told to keep residents updated about the situation. 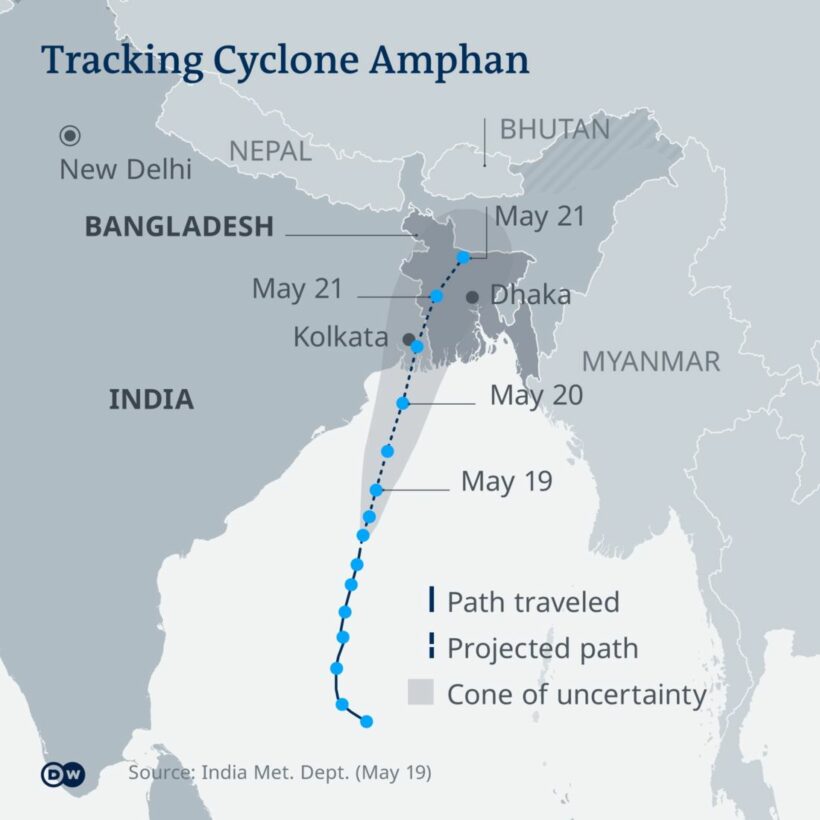