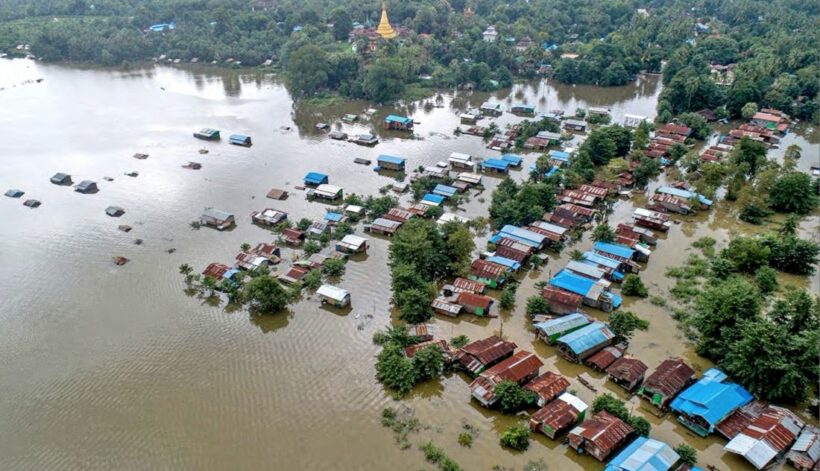 The latest in the flood situation in southern Myanmar…

• Continuous monsoon rain since the start of the month has resulted to flooding in several areas in Southern Myanmar – Ayeyarwady, Bago, Kayin, Mon, and Tanintharyi.

• According to the Department of Disaster Management, a rain-induced landslide occurred in a village in Paung Township (Mon State) on Friday. Search & Rescue operations has so far recovered 41 dead bodies, and believed another 41 are still missing. Rescued injured residents are immediately sent to hospitals for medical care.

• Department of Disaster Management is providing relief and cash assistance to affected families. In addition, key Government officials (including the Vice President) inspected the ongoing Search & Rescue operations in the landslide area today, and visited affected families in several areas to provide encouragement and assistance.

• Initial impact data estimates at least 46,000 were displaced across Southern Myanmar due to the flooding, and at least 4,000 houses were damaged. Several bridges and roads were also damaged, further adding challenge to the ongoing disaster response operations. Damage assessment and data gathering is continuously being conducted.

• AHA Centre is continuously monitoring the event, and will issue updates should there be any significant development.