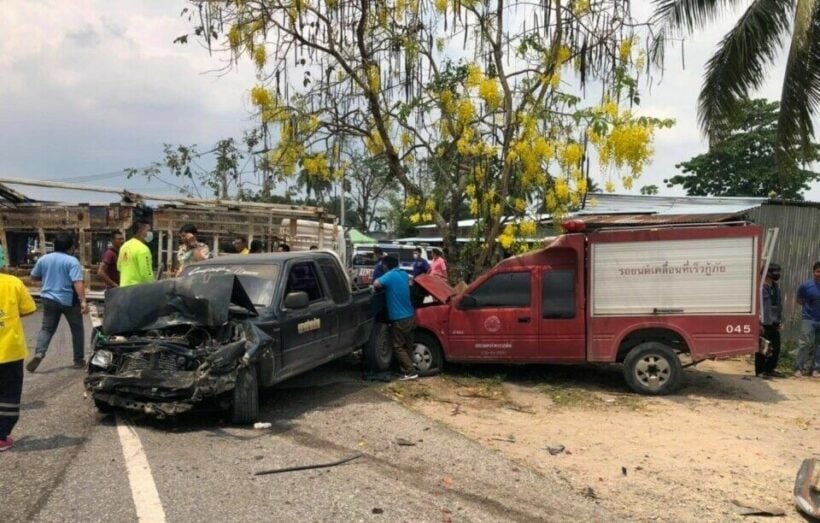 A collision involving 6 vehicles in the eastern province of Chon Buri has left 1 man dead, 1 woman injured, and damaged 2 businesses in the vicinity. The Pattaya News reports that the incident occurred in Si Racha, with traffic disrupted for several hours after the event.

It’s understood the driver of a large trailer truck lost control of the vehicle and it overturned, blocking the road. This in turn led to a collision between 5 other vehicles, 2 of which drove into a noodle restaurant and a grocery store, damaging both businesses. Rescue workers found the truck driver inside the cab of his vehicle and he was pronounced dead at the scene. He has been named as 41 year old Adithep Buranpai.

A 54 year old unnamed woman who was eating in the noodle restaurant at the time of the incident was struck by the trailer truck and sustained head and foot injuries. She was transported to a local hospital for treatment. The drivers of the other 5 vehicles escaped serious injury and declined to go to hospital.

Rescue workers had to spend several hours clearing the wreckage before traffic returned to normal. According to the Pattaya News report, police in Si Racha have launched an investigation into the collision amid reports of conflicting testimonies from other drivers and witnesses.